Online drinks retailer Master of Malt has launched what it claims is the world’s hottest chilli vodka. 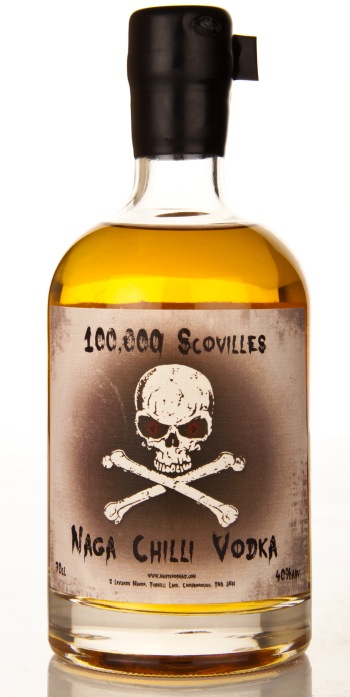 Made by infusing vodka with Naga Jolokia – the hottest chilli on the planet, measuring 100,000 Scovilles – Naga Chilli Vodka is so fiery it comes with a heath warning.

This vodka, named after the units used to measure the heat of chillies, is not intended to be drunk neat.

Each Scoville unit denotes how many times the chilli must be diluted by its own mass of water until the heat is only just detectable.

A Jalapeno has around 5,000 Scovilles. The Naga Jolokia, used to make the vodka, can exceed 1,000,000 Scovilles, which is more than most police grade pepper spray.

The retailer recommends the vodka be used sparingly to add spice to exotic cocktails, or even in cooking. It strongly advises against having the vodka as a shot.

Included in the online health warning is the following: “By purchasing this bottle you agree that you fully understand that this product contains extreme heat and should be used and handled responsibly.

“You use this product entirely at your own risk and understand the potential danger if used or handled irresponsibly.

“If you give this product as a gift you will make the recipient aware of the potential danger if used or handled irresponsibly.”

Master of Malt was founded in 1985 and is one of the UK’s leading online whisky and spirits merchants.