The US has edged ahead of Italy and France to become the world’s largest wine market by volume, according to latest figures from Vinexpo and the IWSR. 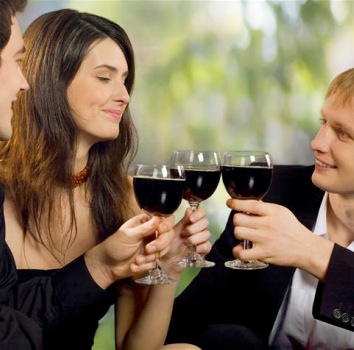 In addition, the Vinexpo/IWSR five-year forecasts indicate that US wine consumption should continue to grow by 10% between 2011 and 2015.

China, meanwhile, has displaced the UK in the world’s top five wine-consuming nations, with consumption of still, light and sparkling wines growing by 33.4% in China and Hong Kong combined in 2011 to reach 156.19m 9-litre cases. The UK dropped down to sixth on the list.

“These figures show why every producer is now thinking ‘China, China, China’” said Vinexpo chief executive Robert Beynat at a briefing in London this morning.

According to the figures, Chinese consumers should be drinking around 1.9 to 2 litres of wine per person per year by 2015.

Other findings show that the global market for imported wines is growing twice as fast as for domestic wine, with more than one bottle in four drunk anywhere in the world being imported.

Beynat also pointed out the continuing decline in white wine consumption around the world in comparison to reds.

“White wine today accounts for just 20% of total global wine consumption,” he said, adding: “When we founded Vinexpo this figure was 35%.

“A few years ago people thought that white wines would be the perfect match for Asian food, but it turned out they prefer reds.”

Beynat also used today’s briefing to confirm the launch of Rendez-Vous by Vinexpo – a business to consumer event to be held in New York in November.

The event will take place in the Special Events Hall of the Javits Centre in the heart of Manhattan.

Beynat admitted that, although many had expected Vinexpo to return to the US, people had not anticipated a consumer-facing show.

“We were rumoured to be looking at the US,” he said, “but we weren’t expected to return with a consumer exhibition.

“Quite simply we were looking to do something different which built on our expertise.”

He confirmed that the decision to hold an exhibition in New York was motivated by the growth in US wine consumption in recent years.

Beynat added that the exhibition would “enable suppliers and distributors to meet American consumers face-to-face, to taste and appreciate the sheer diversity of products on offer, to exchange ideas, share in their emotions and form a better idea of their expectations in order to promote products more effectively.”

The show will take the format of a big tasting, with a selection of masterclasses also available.

Exhibitor numbers will be limited to 150, with around 5,000-6,000 consumers expected to attend over the three days.

“It’s not for new wine consumers,” Beynat stressed. “It’s for people who want to expand their knowledge and appreciation of wine.”

Rendez-Vous by Vinexpo is a new company which will be operation from March. Aside from Vinexpo, the other partners in the new company are M.Shanken Communications and New York Chocolate Show.

The event will take place on 16, 17 and 18 November – sandwiched between the US Presidential election and Thanksgiving.

Click here to watch our video interview with Robert Beynat