Polarisation within the UK off-trade 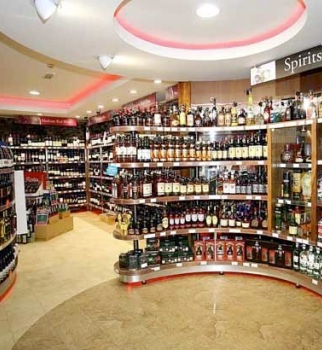 Painting, by his own admission, “rather a bleak scenario”, Nielsen’s wine and spirits analyst Stewart Blunt predicts that consumer spending habits will diverge to reflect the growing gap between rich and poor.

Blunt considers the combined effect of weaker consumer confidence in the face of rising unemployment, increased costs of living and the potential implications of Scotland’s proposed minimum pricing bill.

Against this backdrop, he concludes that a number of consumers “will have to be looking for cheaper alternatives, or drinking less”.

Expanding on this theme, Blunt comments: “This rather gloomy forecast does suggest that the lower-ticket items will benefit, but as ever not everyone will feel the pinch, so the higher end is likely to make some gains, but from its small base – it rather gives a picture of a polarisation.”

Emerging through the middle of this gap, however, is the online retail sector. Blunt picks up on convenience and cost savings which are driving a shift in this direction: “Arguably the better-off will do more online shopping, eroding just that bit more of high street retailing.”

Meanwhile Howard backs up this conjecture with the point that: “Online retailing is growing at 15-20% a year while the overall market stagnates.”

Predicting that the high street will lose even more share to dedicated online merchants such as his own firm, Howard remarks: “This trend is expected to continue because internet penetration of wine sales is still low compared with other sectors.”

Other online merchants are also showing signs of dynamism. At the end of 2011, Virgin Wines responded to a threefold increase in online traffic this year with the launch of a mobile version of its website.

Expect more and more retailers to tap into the shopping opportunities offered by the smartphone revolution.

Offering a glimpse of the shape of this market, international online reservations provider Livebookings carried out research which found that 23% of web browsing is now done by mobile phone, while 36% of the UK population now owns a smartphone.

With online browsing by PC seeing a 15% year-on-year decline, the wine trade needs to do more to embrace opportunities presented by the smartphone era, especially those who value the business of young professionals, many of whom are just beginning to develop and refine their wine knowledge.