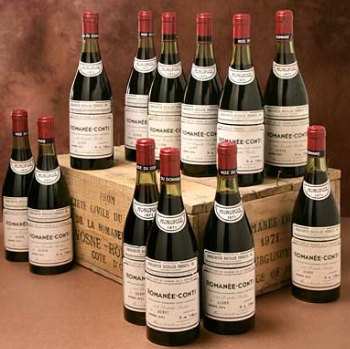 Speaking to the drinks business just weeks before Spectrum’s inaugural UK auction, Boland explained, “There has been a large amount of wine sold in a relatively small area and the market needs to correct itself.”

Continuing, he added, “That’s why you will see people like us going into London”.

Spectrum, which is based in California, held its first Hong Kong wine auction in November 2009, and will hold its first London sale on 8 February at the Mandarin Oriental Hotel.

As previously reported by db, the auction house has partnered with Vanquish Wine to bring some of the buzz that surrounds sales in New York and Hong Kong to the established London market.

Boland also said that it was important for Spectrum to “diversify” its client base while stressing, “there are still a lot of wine drinkers in London.”

The auction will be an evening event and Boland promised it will be “fun and exciting” while describing it as “more of a rarity sale” – “every lot is highlight”.

Notable among the wines going under the hammer is a bottle of Romanée-Conti from 1945, the last pre-phylloxera vintage from the vineyard, and, as a result, a year with the severely reduced production of just 600 bottles.

Referring to Spectrum’s strategy after the London auction, Boland commented, “We will be looking to grow the business into other areas soon… any area where there is a large concentration of wealthy individuals.”

Spectrum will be releasing the catalogue for the London auction later this week but Boland listed highlights, other than the Romanée-Conti 1945, such as a magnum of Haut-Brion 1945, a bottle of Latour and Palmer 1961 and a case of Romanée-Conti 1959.