Sotheby’s and Christie’s got their London and New York seasons off to solid starts this week with keen interest from Asian and UK buyers. 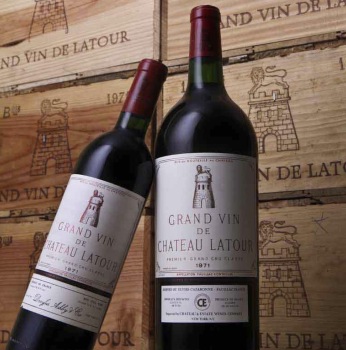 French wines were the sole focus of Sotheby’s London sale of Bordeaux and Christie’s New York sale of French wines to accompany an Old Masters auction on Wednesday 25 January.

Robin Kelley O’Connor, head of wine for Christie’s Americas, commented: “Our sell-through rates of 96% by lot and 91% by value indicate that the market remains strong, especially for a focused sale of this type that featured the very finest and rarest of top Bordeaux and Burgundy and Northern Rhône wines.

“The sale saw very active participation from Asian buyers – both private and trade – and from American collectors, who accounted for nearly 50% of the wine purchases by lot.

“Overall, the majority of wine prices performed within estimate or in some cases well above, which shows there is great vibrancy in the wine auction market.”

As with the Christie’s auction, Pétrus topped the list but at £39,100 still failed to break through its £44,000 high estimate and, in a continuing trend, the lots of Lafite and Latour did not break their estimates either.

The small Champagne section too was sold out, with Krug 1982 realising £3,680 and a magnum of Louis Roederer Cristal brut rosé 1985 doubling its high estimate to settle on £748.

It is evident that keener pricing is helping to draw in buyers in an increasingly volume heavy market.

Stephen Mould, head of Sotheby’s European Wine Department, said: “We are delighted with the result after a correction in the market last autumn.

“Estimates were attractively priced and this drew in many buyers from Asia as well as plenty of UK and European buyers.

“There was active bidding in the room and on the telephones, with a host of absentee bids and online bidding.

“The quality of the stock was superb with the collection comprising Bordeaux vintages from 1953 to 1995.”