Single quinta Ports are the perfect vehicle for consumers to explore the category further, according to Paul Symington, joint managing director of Symington Family Estates. 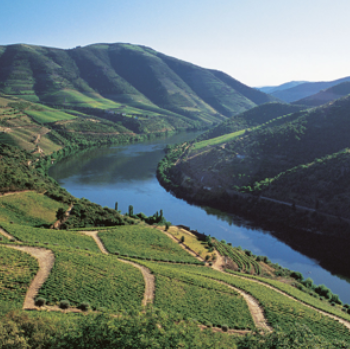 Symington told the drinks business: “Quinta vintage Ports such as Graham’s Malvedos 1999, Dow’s Bomfim 1999 and Warre’s Cavadinha 1996 are a key part of our future strategy.

“These wines reinforce the fantastic ‘terroir’ story of the Douro, they are all beautiful vineyards with ancient heritage in stunning locations and producing superb wines.

“These wines are available at between £25.00 and £30.00 a bottle with some 10 years of cellar aging. For complexity, quality and sheer pleasure they are hard to beat from any wine region in the world and we are working hard to bring them to the attention of a wider audience of wine lovers, not just to Port lovers.”

Symington admitted that Port, like many other wine regions at present, is “facing serious challenges”.

Although the Douro Valley is among the world’s most beautiful wine regions and its wines are admirably consistent in terms of quality, the battle remains to keep Port relevant to a younger audience.
A different approach to consumption and highlighting site specific wines are two ways to improve this situation.

Symington said: “We need to show consumers that Port is not just for formal occasions (which take place less and less), that it should be served in decent sized wine glasses so that the aromas, colour and quality of these Ports can be fully enjoyed.

“I would argue that a great quinta Port at £25 to £30 is one the wine world’s greatest purchases and indeed bargains.

“There are many, many people who enjoy wine and enjoy exploring and experimenting, these are the people that I would like to see opening a bottle of Quinta dos Malvedos 1999 and serving it in large Riedel wine glasses to a group of friends after an informal weekend lunch.

“The intensity and pleasure from a wine such as this is virtually unmatched from any other wine region. Our challenge is to move away from ‘The Major and his Port’ image.”

Excessive mark ups in restaurants also need to be confronted. Symington argued that high prices per glass, let alone per bottle, would turn people away from Port and do no-one any good.

He observed: “I saw our Warre’s Quinta de Cavadinha 1996 Vintage Port being sold at £16 a glass in a London restaurant when I was in the UK before Christmas. This level of pricing hardly encourages consumers to try a fine Port and is a simply astounding price, when that restaurant could serve this wine at well under £10 per glass and still make a very decent margin.

“The outcome is that the restaurant sells very little vintage Port, losing an excellent opportunity for additional profit.”

Despite these struggles, the latest figures for the industry are promising. The Port and Douro Wine Institute reported shipments to the UK to the end of November 2011 at +2.3% on the same period in 2010.

Furthermore, 50% of these shipments were from the premium segment of the Port trade – i.e. all styles away from ruby, younger tawny and white Ports.

Overall, shipments fell 4.1% largely due to the slump in the domestic market, which has seen large tax increases in all areas and a VAT rise from 13% to 23%.

As Symington said: “How could this not impact on sales of wines?”

He does, however, remain convinced that Port’s quality, “will see us through the difficult times. The resilience of Port shipments to the UK in a very difficult year like 2011, supports this theory.”