Natural wines “not for the masses”

One of the UK’s top natural wine importers has spoken out about the natural wine movement, comparing the wines to the works of Karl Marx. 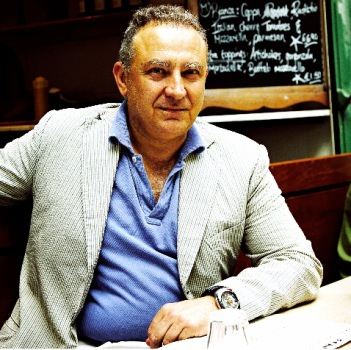 “Natural wines require a critical approach. They’re a bit like the works of Karl Marx; not intended for the masses,” Giuseppe Mascoli of Aubert & Mascoli told the drinks business.

“Marx was writing for a specific audience with a sufficient level of knowledge to understand and appreciate his work. The same can be said for natural wines,” he added.

Mascoli, who represents over 35 Italian and French natural winemakers in the UK, told db industrial wines are like “cartoon characters” made to please children.

“People are trying to shortcut millions of years of history by manipulating wines with selected yeasts. I’d rather a wine have oddities than be tailor-made,” he said.

“The more you drink, the less you can drink other wines. You start reacting badly to them, coming out in rashes and swelling up from all the sulphites,” he told db.

Aubert admits he is attracted to the libertarian element of the natural wine movement. “I like the idea of questioning the status quo. It’s very left wing,” he said.

He believes it has gathered momentum so quickly in London because the city is more prone to the effects of trends than the rest of Europe.

“Natural wines have come into fashion due to the rise of the critical drinker. Consumers want to know the origin of everything they eat and drink. There’s more awareness now,” he said.

Mascoil meanwhile, concedes that natural doesn’t necessarily mean good. “There are a lot of really bad natural wines out there. The wines are so delicate, it’s easy to screw them up,” he said.

“That’s the big irony with natural wine. It’s supposed to be all about letting the terroir talk, but make a mistake and it could taste like it was made anywhere in the world.”

Having submitted a work to last year’s Venice Biennale, does Mascoli see parallels with wine and art?

“On the contrary. I see wine as the opposite of art. God, the artist and the poet create out of nothing. The winemaker works with what is already in existence, acting as a pimp for nature, from the fruit he picks to the soil he respects,” he said, adding: “The winemaker is a shaman. He doesn’t create, he cures.”

The full interview with Aubert & Mascoli appears in the February issue of the drinks business.