A double magnum of Lafite 1870 is to go under the hammer in Hong Kong, along with a Palmer collection direct from the château’s cellars. 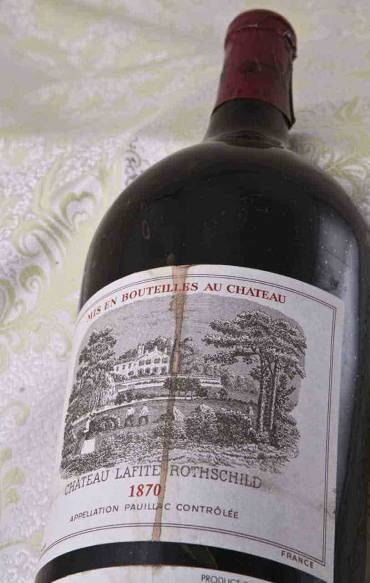 The lots will form part of Acker Merrall & Condit’s first Far Eastern sale of 2012 on 13 and 14 January at the Island Shangri-La and Grand Hyatt Hong Kong hotels.

The Lafite 1870 is described by the auction house as “one of the rarest bottles of wine on earth” and was held in the chateau’s own cellars until it was auctioned at the Hotel de Crillon in Paris on 6 December, 2003.

The Palmer cellar sale includes a full range of bottles and vintages from the château over the last two decades, including the 2010, as well as a vertical collection of vintages 2000-2009 with an original wooden six-pack case from each year.

Also among the Palmer wines on sale are a unique Balthazar (15 litre bottle), signed by managing director Thomas Duroux, with an estimate of HK$120,000-200,000.

The auction comprises 992 lots with an estimated total value of HK$80 million, including an impressive collection of Burgundies from Domaine de la Romanée-Conti.

“With the demand and passion for Burgundy continuing to escalate, we are excited to present an extensive selection of Burgundy in this sale,” said John Kapon, CEO of Acker Merrall & Condit Companies.

“The top 10 is dominated by DRC masterworks. Bordeaux lovers will be excited to find in this sale an extraordinary priceless Lafite and rare vintages coming directly from Château Palmer,” he added.

The sale also includes a collection of California Cabernets including “eight rare” vintages of Screaming Eagle, a 12-bottle case of 2000 Pétrus, six magnums of 2000 Lafite and a bottle and magnum of 1949 Latour.