An annual fine wine survey has highlighted the slowdown in the Far East’s demand for Bordeaux’s first growths, above all Lafite. 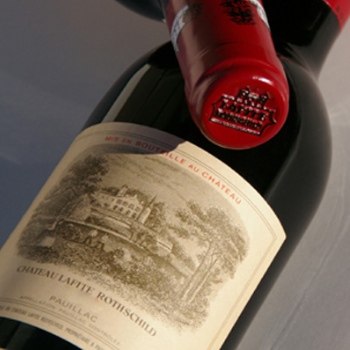 The Liv-ex Power 100, published in partnership with the drinks business, has shown how Lafite’s dominance has slipped as tastes broaden in China and stock levels in Hong Kong rise.

As a result, Lafite, which had led the market so rapidly upwards, is seeing prices slide. Explaining the impact of this on the survey – which rates brands according to a range of measures, including price movement in the last 12 months – Jack Hibberd, head of data and research at Liv-ex, states: “Lafite still leads, but its dominance has been severely cut back.”

Exemplifying this one brand’s change in fortunes is the performance of the 2008 vintage. After it was announced in October 2010 that this wine would feature a Chinese symbol for the number eight, prices rose as much as 20% in 24 hours, and cases were changing hands on Liv-ex for £14,500.

However, trades this year have been for half that as merchants offloaded stock.

The decision to suddenly sell is motivated by a sense among buyers that Lafite’s younger vintages are not worth the huge premium compared to fellow first growths, or even those from the lower crus.

This change is being witnessed among collectors worldwide, but notably in China, the source of 2010’s frenzied amassing of Lafite for gifting and drinking.

However, although Lafite has suffered – it had the furthest to fall – other first growths are also showing signs of weakness.

“The first growths are not the flavour of the month at the moment,” said Simon Staples, sales director for Berry Bros & Rudd.

Similarly, James Miles, director at Liv-ex, reported: “We’ve seen since April a strong slowdown in Chinese buying and a noticeable change in attitude in Hong Kong and China.

“It was buy and pay, but suddenly payments took longer to come in and there was a sense for the first time they had more stock than they needed – they went from not having enough to having too much.”

Doug Rumsam, managing director of Bordeaux Index in Hong Kong, echoed such views. “China bought aggressively for two years,” he recalled, referring to merchants and distributors in Asia. “But there is now a backlog of stock because there is no great supply chain in place in China to feed the end consumer,” he added.

For the full results and extensive analysis of the worlds top 100 most powerful fine wine brands click here. For a list of the top 100, complete with scores in each category, click here, and for the methodology, click here.

A full analysis of the Liv-ex Power 100 appeared in November’s edition of the drinks business Hong Kong.