A small vintage and growing demand from Asia is putting pressure on this year’s Burgundy allocations. 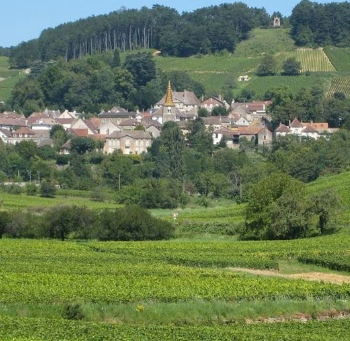 One merchant revealed that it had been forced to reduce its offer to packs of not just six bottles, but as few as three. “There’s a waiting list already,” said Goedhuis wine buyer Robin Kick of interest in the merchant’s own en primeur campaign. “The quantities have halved from last year.”

Even away from the superstar names, there was evidence of strong interest in a year which has been widely praised by producers, merchants and press. At Maison Champy, commercial director Francis Mairet noted that two of its red Pernand Vergelesses cuvées and its Aloxe-Corton were “on allocation for the first time this year and we expect that to continue in the future.”

A number of producers confirmed a growing market for their wines in the Far East, with signs that Burgundy is steadily building a more consistent following in China, although there remains some hesitancy about the country’s reliability as a market.

Describing China’s appetite for Burgundy as still “More promise than fact”, Maison Champy’s director Pierre Meurgey nevertheless pointed to a definite shift recently. “Until six months ago I was really sceptical; we were getting the visitors but the numbers weren’t moving”, he remarked. However, “For the last six months we’ve been getting repeat orders. For sure, the central part of the wine business is moving to Asia.”

A similar sense that Burgundy is approaching a tipping point in China was expressed by Christophe Thomas, export director for Joseph Drouhin, although he remained sceptical about how soon this would happen. “There has been a Hong Kong market for Burgundy now for five or six years, but not in China yet,” he observed.

“We’re seeing a rising value of shipments to China, but it’s new importers setting up companies and then disappearing the next day. We’ll have to see. It’s the same kind of problem we had with Russia 10 years ago: a big boom and prices going up. China is the same now.”

One aspect which may well play in Burgundy’s favour is the relative stability of its prices compared to Bordeaux. Indeed, a recurring comment from producers attending this week’s en primeur tastings in London was the desire to keep prices as stable as possible, despite some forced increases as a result of the small crop.

While reporting a harvest that was 30-40% smaller than 2009, Meurgey pointed to price increases of a relatively modest 10% from his growers, while for Champy’s own vineyards, “this is a year of stability.”

For Thomas, such pricing restraint from the Burgundians is likely to help the region’s popularity in the emerging Chinese market. He explained: “If you look at Bordeaux 2008, investors are losing money right now and the Chinese don’t want to lose face. At least Burgundy is rare and yes, the price are high, but they have stayed quite stable.”

While the strength of the Asian markets is undoubtedly putting pressure on supplies of Burgundy’s top wines – several UK merchants were reluctant to discuss how they were balancing allocations between their Hong Kong and London offices – there is also evidence that the region’s entry level wines are selling well in the Far East.

“In Asia we are seeing two extremes,” observed Meurgey. “At the very top end, even if people don’t know about it, they want the most expensive wines. If they can’t have DRC, they want grand cru or premier cru.”

However, he continued: “The real market we’re seeing growing now is for Bourgogne Pinot Noir and village wines. The quality of entry-level wines in Burgundy has to be good enough to attract new customers so we are paying a lot of attention to that lower end. We are lucky to have good vintages in our cellar and 2011 will be very good also.”

Given the real scarcity of many of Burgundy’s top wines, especially in comparison to their Bordeaux counterparts, a number of customers who miss out on 2010’s limited allocations may well find this is a vintage with rewarding options in lesser known appellations.

“I still think the Beaune wines, especially the premiers crus, are undervalued”, suggested Meurgey. “Then there’s Pernand Vergelesses which is a speciality for us. It has got good recognition for its price to quality ratio and we are having more and more success for these wines in the French market.”

Looking beyond the 2010 vintage to his 2011 wines, Meurgey indicated that Burgundy’s run of good fortune is set to continue. Drawing tentative comparisons with 2000, he described the 2011 wines as “such a delicious vintage; fleshier than 2009 and very approachable with good fruit but not high alcohol.”

If the critics agree with this assessment in a year’s time, 2010 may represent just the start of a long battle between the world’s rapidly growing legions of Burgundy fans.