The Federation of Wholesale Distributors (FWD) has urged the drinks industry to work alongside HM Revenue & Customs in an effort to eradicate alcohol duty fraud in the UK. 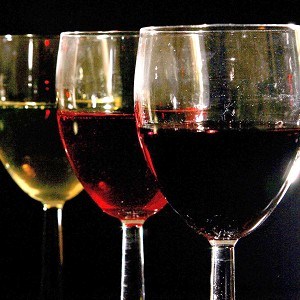 Responding to a National Audit Office (NAO) report that claimed HMRC had made “no tangible progress” on the issue of preventing diversion fraud, the FWD said the problem was the responsibility of the entire industry.

The NAO report, which the FWD was closely involved with, took two years to prepare.

It claimed that the volume of alcohol available for fraudulent use in the UK “is to a large extent within the control of producers and large buyers of duty-suspended goods”.

Latest HMRC estimates saw the loss to the taxpayer from evasion of duty on spirits and beer rise more than 40% to £1.2 billion in 2009/10.

However, that figure excludes wine sales, despite fears that the market is being targeted by fraudsters because of a successful crackdown on stronger alcohol.

FWD chief executive James Bielby said: “We welcome NAO’s analysis of the strategy and share its assessment of the lack of success in preventing diversion fraud.

“The illegal sale of alcohol is the responsibility of the entire supply chain and we would like to see all stakeholders helping HMRC by providing data on the movement and export of beers, wines and spirits in order to accurately assess the extent of the problem and where and how it occurs.

“The FWD appreciates HMRC’s efforts in recent months to consult industry on potential anti-fraud measures, including fiscal marks for beer. We will continue to engage constructively with the department as it develops its proposals.”

Amyas Morse, head of the NAO, added: “While the renewed strategy to deal with this is more comprehensive than what went before, and the department has had some early notable successes, it needs to do better in a number of areas.

“This includes establishing reliable estimates of the tax gaps for beer and wine, and achieving tangible success in tackling the illicit diversion of duty-unpaid alcohol back into the UK market.”

A further warning over how duty hikes can encourage fraudsters was issued by the Wine & Spirit Trade Association (WSTA).

Communications director Gavin Partington said: “There’s little doubt there has been an increase in fraud as the evidence from the WSTA fraud prevention unit testifies.

“Since it launched in May last year, fraud costing over half a million pounds has been reported to the unit and we’re working with the authorities to help tackle the problem.

“Sadly, the substantial tax increases on alcohol in recent years have provided an additional financial incentive for people to seek to make money out of illegally produced alcohol.”