Too much wine on HK auction market

The influx of wine into Hong Kong through auctions is creating a surplus and lowering estimates. 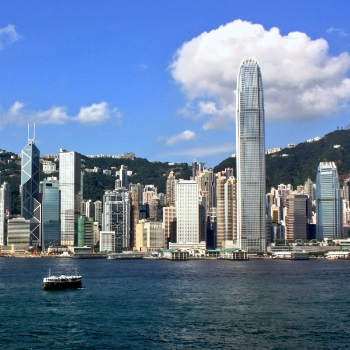 Bonhams’ international director of wine, Richard Harvey MW, said that “a new stage for fine wine auctions in Hong Kong” had been reached.

Speaking to the drinks business, Harvey said that with all of the auction houses now running parallel auctions during the week or over the weekend, it is becoming increasingly difficult for houses to hit the prices they used to in Hong Kong and sell all they have.

Having recently conducted an auction in the province at the same time as a Christie’s sale he said: “The word was out that they (Christie’s) were having to reduce their estimates and we knew we wouldn’t be 100% sold.

“Having spent a week there it made me realise that there’s a mass of wine floating around, all this stock with nowhere to go. There’s simply too much for Hong Kong to consume itself.”

He said he also believed that the abolition of taxes in 2008, while it came at the right moment for setting Asia up as a new market for fine wine auctions at a time when Europe and the US were in turmoil, had also turned the city into a gilded cage.

As Chinese taxes still need to be paid for buyers moving their stock over the border, many buyers are keeping it in Hong Kong or finding “alternative routes” to avoid paying it.

A potential reduction in luxury items being brought into China was mooted earlier this year but they remain high enough to discourage much movement. The same is true of shipments out to other Asian markets such as Singapore and Taiwan. Furthermore, there already exist direct routes to those markets for those prepared to pay the taxes straight away.

“The whole aim when Hong Kong abolished taxes was that it would become a hub but it’s not a hub, it’s a warehouse,” said Harvey.

Furthermore, he said that with “two or sometimes more auctions a week, buyers can pick and choose as they know they can find the same stuff somewhere else next week.”

Those lots that remain unsold are often kept for the next auction and at this stage in the season; this means that unsold lots are having to be left in storage until next year.

All of this raises the problem of oversupply. Speaking to db on another occasion, Christie’s head of wine in Asia, Charles Curtis MW, had remarked that the “volume of wine moving through auction is greater now than it’s ever been.”

According to Harvey: “Since the abolition of taxes the amount of wine that has gone in to Hong Kong is astronomical and one can’t honestly say anymore you’ll get a better price there unless it’s ultra rare or special.”

“The fact is success tends to breed success. People see high prices and suddenly wine comes out of the woodwork.

“But buyers are not feeling so bullish as they were six months or a year ago and unless it’s particularly unique it’s not going to sell as well.”

This situation, according to Curtis, had led to a “self-correction” in pricing but Harvey thinks there has to be a change in attitude to the auction market in Hong Kong.

This is granted greater emphasis with the growing rate of internet bidding – allowing clients around the world to bid in an auction in the US, Asia or Europe – and potentially negating the need to sell all of the very best lots in Asia.

Harvey remarked: “For the first time numerous European clients looked at the sale and in fact the biggest client was European so the wines are being shipped straight back from Hong Kong to Europe.

“We have a lot of Far Eastern buyers in our London sales and now Europeans in Hong Kong; prices have to level out, especially as the market becomes broader.”

As Bonhams – and other auction houses – also generate money through sales of fine art, furniture and jewellery and with a stronger market again in the US and Europe, Harvey felt it was time that the emphasis on Hong Kong as the main destination for fine wine lessened.

“I feel no need to hype Hong Kong,” he said. “It’s a big incentive for some auction houses, particularly the US ones which rely solely on wine, to “pump up” sales and create superlots.

Although these houses found it necessary to do so, Harvey saw no reason for Bonhams or others to follow suit. He said: “I’d just like to see Hong Kong as one of the centres we sell wine not the place you send your best lots to.”