A group of leading doctors and academics has claimed that a minimum price for alcohol in the UK would prevent thousands of drink-related deaths and diseases. 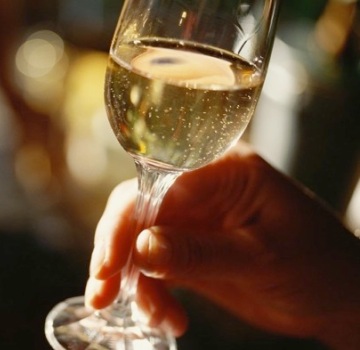 As MPs prepare to debate alcohol taxation in Westminster this afternoon, the group urged the government to take “bold action” and follow Scotland’s lead by introducing a minimum price per unit for alcoholic drinks.

The government is set to announce its new “alcohol strategy” early next year, but health secretary Andrew Lansley has so far been unmoved on calls to bring in minimum pricing due to concerns it would contravene EU competition rules.

However, the group of 19 experts claimed in a letter to The Daily Telegraph that the pricing model set to be introduced in Scotland represents a “simple and effective” solution for tackling alcohol-related problems in society.

In the letter, the group said alcohol was linked to 13,000 new cases of cancer each year and associated with one in four deaths of people in the 15-to-24 age group.

It said: “We need to narrow the price gap between alcohol bought in bars and restaurants with alcohol bought in supermarkets and off-licences, to make bulk discounts and pocket-money prices a thing of the past.”

It goes on to say the government “urgently need to raise the price of cheap drink” due to a “wealth of evidence” linking the cost of alcohol and levels of harm.

The UK’s coalition government has already announced a ban on selling alcoholic drinks below cost price, which comes into effect in England and Wales in April next year.

Professor Sir Ian Gilmore, special adviser to the Royal College of Physicians, said the introduction of a minimum price of 50p per unit of alcohol  could save nearly 10,000 lives a year.

He told the Telegraph that the government had acknowledged the importance of price by introducing a ban on selling alcohol below cost, but said this did not go “far enough”.

“We’re talking about saving lives here,” he said. “It’s not just about damage to individuals who drink too much but their children and unborn babies and the victims of alcohol-related crime.

“The most effective way of targeting the heaviest drinkers is probably through a minimum unit price.”

The controversial measure is not without its critics, many of whom claim the introduction of minimum pricing would be unfair on those drinkers who do not have or cause problems.

The government may just sit tight and wait to see what happens when Scotland tries to push through its own minimum pricing scheme in the new year.

Many in the trade are of the belief that, while the bill may get the approval of the Scottish government, it is doomed to failure when it goes before Europe.

Campbell Evans, director of government and consumer affairs at the SWA, told the drinks business of his belief that the introduction of a minimum price on alcohol is likely to be blocked by the European courts, if not even the UK’s own government.

“The Health and Sport Committee will look at it in February and will hold a number of discussions on the measure, but with the Scottish National Party holding a majority on that Council, we can reasonably expect they will approve it.

“It then, however, has to go before Westminster who are more aware of the legal implications of the measure in regards to international trade laws.

“It would then have to go before Europe, and I can’t see the European court changing its principles.

“The Scottish government seems to be of the belief it can change long-standing international trade laws, but Europe will certainly see the issue differently.”

Jeremy Beadles, chief executive of the Wine and Spirit Trade Association, added: “There is no evidence minimum pricing will address the problem of alcohol misuse and the most recent government figures show alcohol consumption per capita fell in Scotland last year.”

Estimates provided by Nielsen suggest that 74% of current UK beer sales are below the possible minimum price of 50p per unit, while 63% of wine sales would also be under the new limit.

For more on the potential impact of minimum pricing, see the December edition of the drinks business.