Diageo is to begin global distribution of its recently-acquired Yeni Raki brand from January. 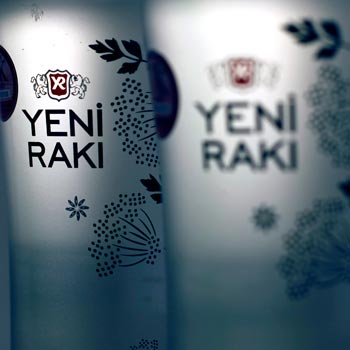 The group plans to launch the product into Germany, the US, Russia and countries sharing a border with Turkey, according to news agency Agenzia Nazionale Stampa Associata.

Mey Içki is the leading spirits producer and distributor in Turkey. Yeni Raki accounts for around 67% of the group’s total revenues

Meanwhile Diageo also has big plans for another recent addition to its portfolio – the Chinese baijiu brand Shui Jing Fang, which it acquired as part of its deal to take a controlling stake in producer Sichuan Chengdu Quanxing.

Lee Harle, general manager for Chinese white spirits at Diageo Asia Pacific, confirmed to the drinks business that the UK-based drinks giant has big plans to expand the global reach of baijiu.

“Diageo is committed to bringing the super-premium baijiu, Shui Jing Fang, to overseas markets for the enjoyment of consumers worldwide and we are already enjoying quite a bit of success in this area,” Harle said.

Although baijiu is almost exclusively consumed in China, it is the largest single spirits category in the world, representing around 50% of the total beverage alcohol market in China, or about £24bn net sales value in 2010.

Harle added: “With the support of Diageo’s global distribution network, Shui Jing Fang is already available in Asia such as China, Korea, Japan, Macau, Hong Kong, Singapore, and Thailand, as well as in the US.”

“The plan is to have it available in several more airports such as in the US and Europe, and in more domestic markets such as the United Kingdom and Japan, before the end of this financial year.”

Harle is confident that, with the right education, western drinkers can take to the traditions of baijiu consumption.

“There is so much opportunity around baijiu, from classical food pairings to new innovative approaches such as cocktails,” he said.

“As a westerner myself I am a good example. My Chinese friends educated me about baijiu and taught me that baijiu is drunk to forge strong bonds of friendship and is a symbol of respect – and it also pairs brilliantly with Asian foods. It is now my drink of choice with these foods and in these occasions.”