Champagne is entering a third great phase of sales success according to Pierre-Emmanuel Taittinger. 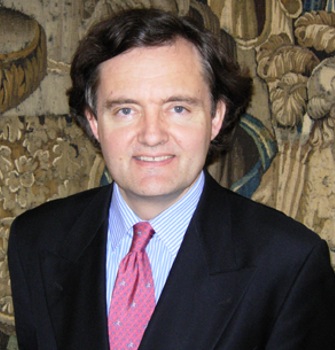 He explained how the region enjoyed its first phase of growth from the eighteenth century to 1939, when sales grew from 1 million bottles to 10m, before starting a second era of booming sales from 1945 to 2000, when consumption rose to 320m bottles.

“Now we are entering the third great phase,” he said, “and we have been facing this for the last three years.”

He attributed the new demand to emerging markets. “Half of the world were not Champagne consumers before, and 90% of Champagne was drunk in Europe and the US, but now China, Japan, Russia and South America are becoming a vast market,” he said.

Pierre-Emmanuel also spoke of the positive benefits from climate change on Champagne production when addressing those at the masterclass, which was held in London’s Vintner’s Hall, and organised by the Institute of Masters of Wine.

“The last 10 years have been excellent due to the global warming,” he said, referring to the Champagne harvests.

In fact, such has been the quality of the grapes, he added that Champagne’s non-vintage category should be classed as multi-vintage.

Nevertheless, he added, “I am anxious about global warming for the long term, but for last 10 years it has been excellent for Champagne.”

Pierre-Emmanuel finished the masterclass by stressing the need for Champagne to retain its image of indulgence while remaining affordable.

“Champagne is not only a wine but a symbol of love and generosity and if we forget that we are dead, and I am fighting that,” he stated.

Continuing, he referred to a battle with “marketers” who, he said, “want us to drink Champagne in a wine glass.”

“But we have a specific glass… and Champagne is not a wine but a great symbol,” he explained, “And it is a crime to promote it with orange juice or ice.”

As for the issue of pricing, he said, “When the price of a bottle of Champagne is more than a salary of a nurse working in a hospital in Reims then it’s a stupidity, a nonsense, and I am absolutely against that.”

Hence, he concluded, “Champagne must remain an affordable luxury”, while for the Comtes de Champagne prestige cuvée specifically, he added, “We want it to be the Champagne for people who can make the difference between quality and price, and it has to be affordable for the connoisseurs, and the connoisseurs are not only the billionaires.”