The major auction houses have released their yearly results, which occasionally fall short of 2010 but also show growth in certain areas. 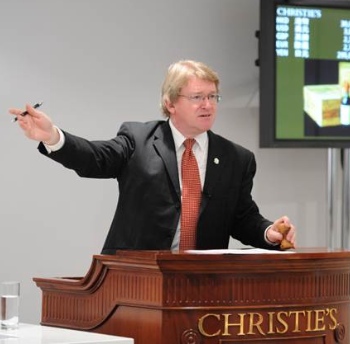 Although totals are often below those of 2010, there has been growth in Hong Kong and London for various houses pointing to a relatively stable market even if estimates are likely to be revised downwards slightly going into next year.

John Kapon, CEO of Acker, said: “I am proud that Acker Merrall & Condit continues to set the standard for the entire wine auction industry with our remarkable achievements in 2011, contributing significantly to the growth of the global wine marketplace.

“The magnitude of all we’ve achieved hasn’t quite sunk in. And, in a sense, it may never, as 2012 is already upon us. We live for the moment and for the future, and while we will celebrate the year that we have had, we realise there is still much to do.”

Bonhams achieved international sales amounting to US$17m, with 40% year on year sales increases for the second year running in both London and the US.

A statement said: “These prices show that Burgundy, notably Romanée-Conti, has held its price level in the second half of the year, while top Bordeaux and particularly Château Lafite Rothschild has fallen away; the 1982 vintage made over £39,000 a case in February but had fallen to £28,750 by December.”

Bonhams has also been the first house to say that Hong Kong has too much wine on its auction scene. The statement added: “The other interesting development in 2011 has been the internationalisation of the wine auction market.

“Five of the six top lots in our November Hong Kong auction were bought by a European buyer, while the major buyer in our London sale the following week was from the Far East. Hong Kong is no longer achieving a premium over London for top wines”

In an interview with the drinks business, Richard Harvey MW stated his belief that while Hong Kong was well established as a major auction city and would continue to play a key role in global wine auctions, “I’d just like to see Hong Kong as one of the centres we sell wine not the place you send your best lots to.”

However, as was increasingly common this year, even this august lot failed to exceed its top estimate of HK$4,500,000.

Christie’s also presided over Latour’s ex-cellar auction in May. Although well sold, it didn’t quite make the same splash as Lafite’s auction in November 2010 and was a sign of the meeker market place 2011 has been for auctions.

David Elwood, international head of wine at Christie’s, said: “This year we held 29 sales, achieving an average sell through rate of 89%; four sales in 2011 were 100% sold. We expect the market to continue to stabilise in the first quarter of 2012, leading to renewed demand internationally throughout the rest of the year.

“We are witnessing an increase not only in the number of private buyers participating in our sales, but notably an increase in those that are becoming regular clients, and we foresee a continuation of that trend with more and more buyers engaging in this market.”

One notable sale in Hong Kong this January was of Andrew Lloyd-Webber’s collection, which featured Right Bank Bordeaux, white Burgundy and Champagne.

International head of wine, Serena Sutcliffe MW, said: “This is a great worldwide result, the second highest total of Sotheby’s wine history and, for London sales, the highest total ever achieved since the start of the department in 1970.

“Bordeaux remains the backbone of classic wine auctions but top-end Burgundy is highly sought after, with buyers from every corner of the globe. We continue to help clients build up fabulous personal cellars and look forward to an exciting sales calendar in 2012.”