Sisseck talks up 2011 in St Emilion 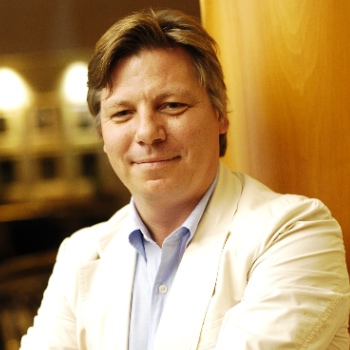 Speaking to the drinks business during the first London tasting of his inaugural vintage from the estate, he said, “2011 is a very complicated vintage but I much prefer them to the 2010s.”

In fact, the new property in Saint Christophe des Bardes, near Château Laroque on the Saint Emilion limestone plateau, produced slightly higher yields this year than in the previous vintage, with 2011 giving 25 hl/ha compared to 2010’s 22 hl/ha.

Sisseck, who showed a barrel sample of the 2010 vintage at yesterday’s Corney & Barrow winter press tasting, explained that the estate comprised five hectares of Merlot and 2ha of extremely old Cabernet Franc.

The project is a joint venture with Silvio Denz of Château Faugères, who owns 50%.

Sisseck said that the focus will be on viticulture and that the “great vineyards” will be “run like a first growth”.

In keeping with his approach at Sisseck’s flagship property, Dominio de Pingus in Ribera del Duero, Rocheyron will be farmed biodynamically, and Sisseck said that he would hopefully obtain organic certification in three year’s time for the estate, a prerequisite for biodynamic certification.

He admitted that practising this form of viticulture would be more challenging than in his much drier Spanish vineyards. “The problem is that there is a lot of vineyard around us and everyone has the same clone, so once there is any disease around, it goes to everyone else.”

However, he believes that biodynamic vineyards are less prone to disease due to the lower levels of nitrogen in the soil. “It has a lot to do with the fertiliser level, and if you keep it low, the vineyard is much less sensitive to disease,” he explained.

In terms of winemaking, he pointed out that he had installed new cement tanks at the cellar and that he was keeping fermentations temperatures low at 22 degrees celsius for a gentle extraction.

He also said that “there would be little oak,” with the 2010 vintage employing 30% new French oak barrels.

The production is currently between 10-15,000 bottles depending on the vintage conditions and Corney & Barrow is the exclusive agent for Château de Rocheyron in the UK and Hong Kong.

db first broke news of the venture in March this year when Sisseck was awarded the inaugural Winemakers’ Winemaker Award by the Institute of Masters of Wine and the drinks business.