Arkay Beverages has launched a stinging rebuke to claims by the Scotch Whisky Association regarding its alcohol-free whisky drink. 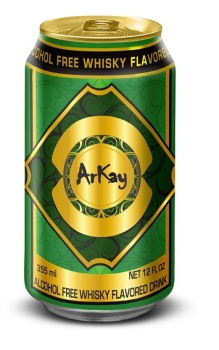 The SWA said last week that such a product is illegal under European law, but Arkay has dismissed the body’s stance as “inaccurate and unjust”.

Zeshan Ahmed, vice president of sales at Arkay, told the drinks business: “We are aware that the Scotch Whisky Association has made a number of media statements in relation to Arkay which we believe are factually inaccurate and unfounded.

“We are disappointed that Arkay has encountered such inaccurate and unjustified criticism.”

European law dictates that the name “whisky” cannot be “used to describe or present in any way whatsoever” any drink other than whisky.

Glen Barclay, director of legal affairs at the SWA, said of the “alcohol-free whisky” moniker: “Such promotion is taking advantage of the high quality reputation of the product that is whisky, which is a distilled spirit produced from natural ingredients, when it is in fact just a soft drink with artificial flavourings.

“Not only will consumers be confused, but such a product unfairly trades on the reputation of genuine whisky.”

However, Ahmed insists that while the brand may indeed be called “alcohol-free whisky” in the US, where such a description is legal, Arkay recognises the need to change the name for the UK and European markets.

He told db: “To be clear the product description ‘Alcohol Free Whisky Flavoured Drink’ relates only to our Arkay product being sold in the US and having consulted extensively with our American attorneys and the FDA this product description is fully compliant with the relevant American regulations.

“We understand the restrictions regarding the use of the word ‘whisky’ in respect of sales denominations within the European Union, under EC Regulations, and as such our UK and European labelling and product description in respect of Arkay will be reflective of this.

“For the avoidance of doubt the Arkay product is yet to be launched in the UK and Europe.

“We are fully aware of the global remit of the Scotch Whisky Association to protect the Scotch whisky industry.

“At no point in time has Arkay Beverages used the sales denomination ‘Scotch whisky’ in relation to Arkay. It is clearly marked and designed as a non-alcoholic flavoured drink which has a ‘similar taste to whisky’ and will be marketed as such.

“To reiterate, to pretend it is whisky or contains whisky would be completely contrary to the marketing of Arkay.”

The SWA told the drinks business that it stands by its original statement and will “monitor and investigate the sale and promotion of the product with a view to taking appropriate action”.