Raise a glass to Copita

The owners behind London tapas bar Barrica have opened a second venue, Copita. 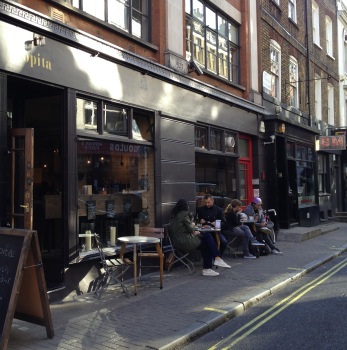 Tucked away down d’Arblay Street in Soho, Copita is just a short distance from the team’s original Goodge Street venue.

As with Barrica, the tapas portions here are scaled down to resemble those found in Spain – more like nibbles than the starter-sized dishes found in many of the UK’s Spanish restaurants.

Dishes are based on classic Spanish cuisine, but with some added streaks of creativity from the kitchen, such as anchovy fillet with broad bean ice cream, razor clam with potato puree and chervil root or a homemade version of the Catalan Butifarra sausage.

As its name suggests, Copita offers a good, 40-strong selection of wines by the glass, with representatives from across the Sherry stylistic spectrum and a spotlight on Spain’s lesser known but good value regions such as Toro or Jumilla.

For more on the best places around the world to enjoy Spanish wine, look out for the drinks business‘ Top 10 Spanish Restaurants list, appearing next month in the Spain Report 2011.