Penfolds Bin 620 returns after half a century

Penfolds has unveiled its first Bin 620 Coonawarra Cabernet Shiraz since 1966 in Shanghai. 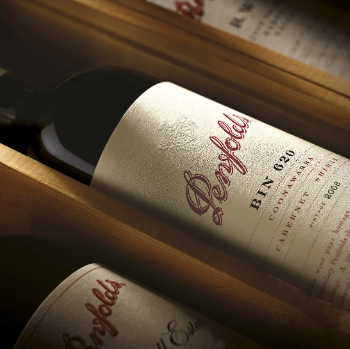 The 2008 vintage from the Australian estate was released on Wednesday morning at the Waldorf Astoria in Shanghai.

The Penfold Special Bin wines first began to be made in the 1950s under the auspices of the estate’s famous winemaker Max Schubert.

The original Bin 620 was partially foot crushed and then fermented at Magill Estate near Adelaide.

The most recent addition was produced primarily at the Nuriootpa winery in stainless steel with a very small amount fermented at Magill.

Steve Lienert, Penfolds senior winemaker, said, “although working in the Penfolds red winemaking team for many years I had never been involved with a Bin 620 Special Bin.

“The 2008 vintage provided us with a unique opportunity and one which makes me feel privileged. This wine is balanced as a young wine, but has serious cellaring potential, reflecting authenticity, scarcity and exceptional quality from a standout Coonawarra vintage.”

“In Coonawarra we were blessed with a great vintage when the earlier-ripening Shiraz could be blended with the later-ripening Cabernet to highlight the best of both varieties, and their synergistic union. Cabernet, Shiraz, Coonawarra, Penfolds 2008, old vines-—six variables optimised in this Bin 620 release. Bacchus is smiling.”

John Bird, former Penfolds senior winemaker and a consultant from 1958 to the present day (who worked with Max Schubert during the 1960s) was particularly excited about the making of this wine.

He said: “In 2008, we tasted several rows of our Coonawarra blocks (5, 10 and 20) and realised that this had something extra, something unique. It transported me back to 1966 and the experimental Bin 620.

“The fruit profile is classic Penfolds. Having tasted many parcels of Coonawarra fruit it became apparent that we simply had to make this wine.”

A 2008 edition of Rewards of Patience describes the 1966 as: “Brick red. Complex liquorice/mulberry/leafy/menthol/brine/boot polish aromas and flavours. The palate is still substantial and muscular with plenty of rich evolved mulberry/bitumen/sweet fruit flavours and dominatingly strong firm tannins”.