Publicans and wholesalers across Scotland are furious over impending price rises on Tennent’s Lager. 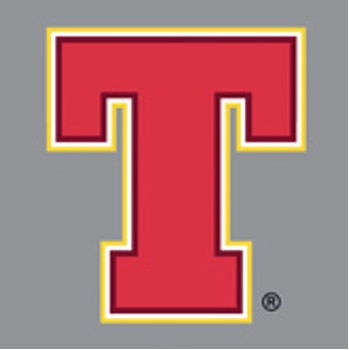 Brewery owner C&C Group is pushing through a 30-40 pence price increase on Scotland’s biggest-selling lager and has also written to publicans across Scotland demanding that they switch to direct supply from the brewery itself or its “preferred” wholesale partner or face losing their dispensing equipment and possible legal action.

Wholesale distributors fear that they will not be able to swallow the price increases and “it looks inevitable that pub customers will see a 30 to 40 pence rise on the price of a pint of Tennent’s Lager from January 2012.” This will push the price up to around £3.50 in some city centre pubs.

A source told the drinks business: “Like most drink brands, traditionally Tennent’s has benefitted from distribution and marketing of wholesale distributors which propelled Tennent’s Lager to the number one spot in Scotland.

“Tennent’s themselves have around a 10% share of the wholesale market but are widely regarded as one of the most expensive suppliers charging up to £20 more per keg.

“The management team of C&C Group appear determined to force through wholesale price increases of between inflation and 30% before duty and to increase their share of the Scottish wholesale distribution market.”

It is believed that C&C are specifically targeting long-term agreements between Tennent Caledonian Breweries and key distributors including Belhaven Brewery and Matthew Clark.

Existing distributors are concerned about the legality of C&C’s actions and many publicans are saying that they would rather stop selling Tennent’s Lager rather than force a hefty price increase on their customers.

Punch Taverns, which operates 311 leased and tenanted pubs in Scotland, has written to all of its licensees to alert them to a “significant” price increase in January 2012.

The rise is attributed to an aggressive pricing strategy from the C&C Group.

Punch Taverns has urged their licensees to look for alternative products to replace Tennent’s Lager to enable them to remain competitive and offer customers a reasonably priced lager.

In a letter to its landlords, Punch said: “To protect your profitability we strongly recommend that you act now and take the opportunity to revise and extend your draught lager portfolio before the Punch wholesale price review takes effect.

“We have enlisted the support of a number of major national suppliers to assist our Partners and you will shortly be contacted by representatives of those brewers who will be pleased to discuss your options in relation to other draught lagers.”

One publican said: “Tennent’s have threatened legal action and to remove dispensing equipment if I don’t switch to them or their recognised wholesale partners but they are charging £17 more per keg than I currently pay.

“I would rather stop selling Tennent’s Lager than force a 30 pence increase on my customers.”

Martin Young, general manager of three restaurants and bars in Aberdeen, said: “This is a horrible situation for publicans. Tennent’s is a must-have iconic brand for Scottish pubs in the community but they are trying to force through a premium price for what is not a premium brand lager.”

Tennent’s has not yet responded to the drinks business’ request for further information.