The fourth annual Hong Kong Trade Development Council annual trade show begins this week with an emphasis on Italian wines and an extensive array of seminars and tastings. 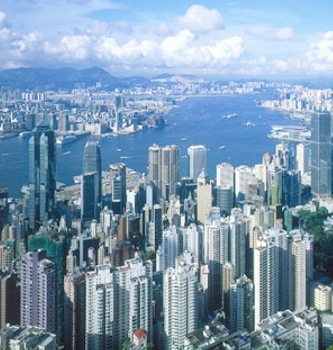 The HKTDC fair begins this Thursday, 3 November, and lasts until Saturday, 5 November.

As reported previously in the drinks business, Italy is the partner country for the fair and has upped its presence considerably from last year’s 110 producers with an added 200 winemakers.

The emphasis from the Italians will be on food and wine pairing, which many believe will be the best way for the country to gain a more substantial foothold in the Asian market, considering the popularity of Italian food there.

At the opening dinner this Thursday, Vinitaly will also be presenting the guest of honour, Hong Kong’s secretary for commerce and economic development Gregory So, with the “Una” bottle, which contains a blend of signature grapes from the 20 Italian wine regions and celebrates the 150th anniversary of the Italian Republic.

Over the course of the rest of the fair, Australia will be presenting wines from its boutique wineries at a seminar hosted by Peter Jackson of Winestate Magazine on Thursday.

The Asian sommelier summit will be held on Friday, moderated by Tommy Lam, president of the Asia Sommelier Guild and Asia Wine Institute, with Evan Goldstein, Brian Julyan and Ira Norof as speakers.

Japanese and Chinese wines will be examined on Saturday, as will the ins and outs of wine investment with a forum including speakers such as journalist Anthony Rose, Cert Octavian’s chairman Nigel Jagger and James Miles, director of Liv-ex.

Last year’s fair had a record 700 exhibitors from 30 countries and over 14,000 trade buyers come to visit.

It is hoped that this year will be bigger and since 2010 value exports to Hong Kong have risen 70% to HK$6.08 billion.