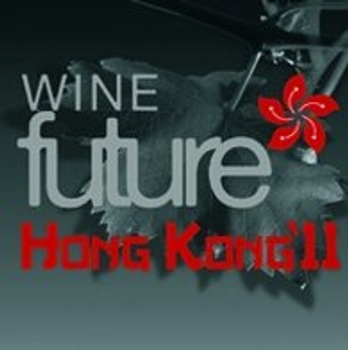 Speaking of fine wine consumption in Hong Kong, Robinson said: “The average quality of wine drunk here is higher than anywhere else in the world and that is without doubt.”

However, she said that such drinking habits have “removed a layer of wine from sensible purchase… and you could argue that it is the demand from Hong Kong and China that has fuelled massive price rises in Bordeaux, and we are now all worried by the news that the Chinese have discovered Burgundy, because the quantities are so tiny.”

Meanwhile, Campo bemoaned the existence in China of an inexpensive bottom end of the wine market and a pricey fine wine sector, but nothing in between. “At the moment there is a gap in the middle section and we have to engage the middle market,” he said.

The high profile wine trade personalities were also asked for their views on environmental issues affecting the trade. Robinson was quick to denounce the practice of using heavy glass bottles to package wine, citing its effect on carbon emissions during transport due to the added weight of goods.

She also said, “I have a bee in my bonnet about Styrofoam, which I’m sent a lot of with samples. However I have definitely noticed now a decline in its use.”

Then she added: “It does worry me that there is so much above-ground storage being built today which requires so much energy to keep cool.”

Francis Food Coppola admitted that his flagship Rubicon wine comes in a heavy bottle but stated: “As a result of what I’ve just heard, from the 2009 vintage, Rubicon will not have a heavy bottle anymore, that will go.”

However, he pointed out that he had removed the above-ground storage at Inglenook and built a “cave” underground.

Campo was quick to remind attendees that he had founded the conference on wine and climate change, before noting that “the percentage of heavy bottles for still wine is very small,” and that more attention should be focused on reducing the weight of packaging for Champagne and Cava.

Finally, when asked for tips on upcoming wine countries, Robinson picked out Turkey for its indigenous varieties and variation in climates, but when pushed to comment on Chinese wine, she concluded: “I have only tasted wine from four producers in China that have impressed me.”