Chinese basketball star Yao Ming is venturing into business just months after retiring from the sport, setting up a wine company to meet a growing thirst for wine in his home country. 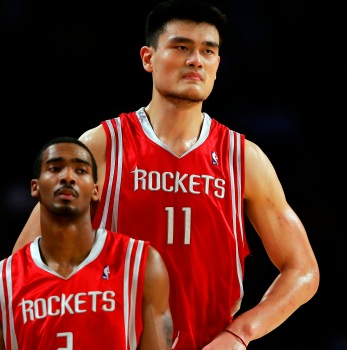 Yao Family Wines will use grapes from the Napa Valley in California, reflecting Ming’s time playing in the NBA, according to the China Daily newspaper.

The company has its own winery, but will source grapes from six vineyards in the Napa Valley, according to the Yao Family Wines website.

A representative for the 7 foot 6 sport star declined to comment on the venture.

Shanghai-born Yao will sell the first bottle at a charity auction organised by the Special Olympics – for which he serves as a global ambassador – on Sunday. 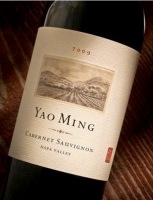 Proceeds from the auction will benefit the Special Olympics, which organises athletics for people with intellectual disabilities in China.

Since retiring from the Houston Rockets in July, Ming has gone back to school to study for a degree in business management at Shanghai Jiao Tong University’s Antai College of Economics and Management.

Yao is China’s first global sports superstar, with a personal net worth of more than US$65 million.