China is a diverse, growing market but without a wine drinking culture, according to David Andrews, general manager at ASC Fine Wines. 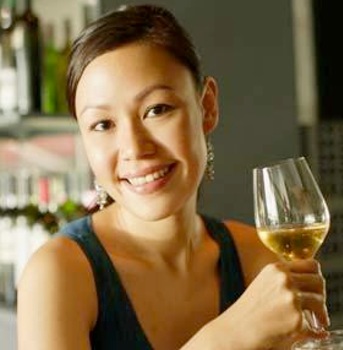 Speaking at the Hong Kong International Wine & Spirits Fair he said: “China is a big place… from the north to the south is the same distance as St Petersburg to Portugal, and from east to west, it’s the equivalent of Washington DC to Washington State.”

It’s a very diverse market and needs a diverse strategy,” he added.

Continuing, as a warning to those wine producers looking to break into the market, he said: “If I have one piece of advice, it’s that China is like a good bottle of Bordeaux or a beautiful lady, the more you think you know, the more you know nothing.”

He also remarked: “China is not a wine drinking culture and it’s a common fallacy to think it is.”

Andrews then explained that despite China’s population of 1.3 billion, the estimated market for imported wine is 400 million people, and the average consumption is one bottle per head (based on the total population).

Nevertheless, he recorded impressive growth in imported wine sales. “Traditionally, 95% of the wines consumed in Mainland China were produced domestically, but in the last five years, the quantity of wine imports has jumped 14.4 times and now accounts for 25% of the market.”

He also commented: “Undeniably wine consumption is growing massively and there has been 60% year on year growth for the last three years,” but, he added, “Only believe one quarter of what you read in the papers about China… you must take it all with a grain of salt.”

Andrews then stressed the lack of reliable data available on the Chinese wine market. “Estimate, approximate, could be, may be, are all words that are very relevant in China,” he said.

Turning his attention to pricing, Andrews recorded that despite the stories of surging fine wine sales, the average price per bottle of French wine is under US$4 (in 2010), with the average for all imported wines sitting at US$3.44.

Andrews also suggested that local wholesalers are expanding rapidly at, potentially, the expense of foreign owned distributors such as ASC or Summergate.

He said these operators are “more interested in the revenue from the supplier, than the margins from the customer… and the barriers to entry [for imported wine] are very high.”

There’s also a shift occurring in where and how wine is sold in China. Fifteen years ago, imported wine was distributed only in first tier cities like Beijing, Shanghai, Guangzhou and Shenzhen and sold almost exclusively to foreign hotels and retailers.

However, today, Andrews explained, imported wines are entering second-tier cities and are primarily sold through Chinese restaurants and large Chinese owned and operated supermarkets and department stores – “what we refer to as non-traditional channels.”

And while the majority of wine sales in China are through the off-trade (50% for imported wine and 70% for domestic), Andrews pointed out that most of these wines are actually consumed in restaurants.

Andrews further suggested importers consider carefully the custom and importation rules, and reminded that distribution is highly fragmented, with a different route to market depending on the region.

He also advised importers to register and trademark their brands in China, adding that “brands are very powerful, we are a brand driven market.”

Meanwhile, looking ahead, he said that a growth in New World wine sales points to an increasing interest in varietally labelled products. “China is moving towards varietal styles, for example, South Africa has grown from 20,000 cases in 2005 to 250,000 cases in 2010, that’s a 12 fold increase,” he said, adding: “There’s a great opportunity for South Africa, Chile and Australia.”