South Africa’s Cap Classique producers are drawing up a charter to protect and improve the quality of the country’s sparkling wines. 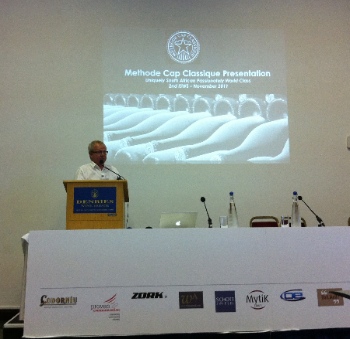 “Cap Classique has grown so quickly and become so fashionable that all of a sudden everybody wants to have one,” he remarked. “It’s really important for the category that we don’t have mediocre base wines getting into the triage.”

Compared to other sparkling wine styles, Cap Classique is a relative newcomer, introduced just 40 years ago. Since its establishment in 1992, the Cap Classique Producers Association has grown from 14 members to 82, based in 20 different geographical areas including KwaZulu-Natal.

For most members, Cap Classique remains a relatively small scale enterprise: 85% of the seven million bottle annual output comes from just seven producers. However, the rate of growth – production is currently doubling every five years – has made CCPA members keen to preserve quality levels by means of this proposed charter.

The current terms under discussion would see a minimum requirement for the wine to spend nine months on lees and not be released until at least 12 months after the harvest. There would however be no restriction on grape variety and whole bunch pressing would be recommended rather than enforced.

In addition, the CCPA has registered the name “Superieur” with the OIV (International Organisation of Vine and Wine), giving it the option to enforce more stringent regulations for top Cap Classique examples.

To qualify for Superieur status, the CCPA is currently proposing that wines should spend at least 24 months on lees, with whole bunch pressing compulsory and eligible grape varieties restricted to Chardonnay, Pinot Noir, Pinot Meunier, Chenin Blanc and Pinotage.

The CCPA hopes to have the charter agreed and signed by its members by 2013, with legislation coming into force by 2015. For more information, visit www.capclassique.co.za