Anthony Barton has stressed his opposition to the practice of recorking old vintages of Bordeaux, dismissing it as “a racket”. 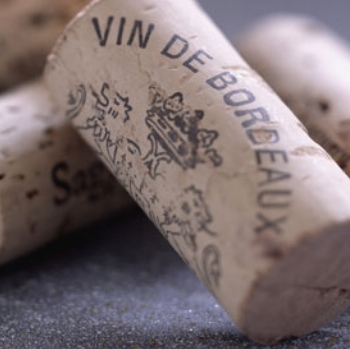 The owner of second and third growth châteaux Léoville Barton and Langoa Barton confirmed that he refuses all requests from customers wishing to send their bottles back for recorking, a policy shared by many other Bordeaux producers.

“I’m against recorking,” he stated, remarking: “99 times out of 100 it’s a racket.” In particular Barton highlighted the perfectly legal problem of customers topping up their bottles with wine from the same vintage, on the grounds that “it just means they want to sell them.”

Qualifying his objection still further, Barton observed of these topped up wines: “The poor auctioneer says it has a good level, but it’s only been good for the last two weeks, not the last 20 years.”

With no legal protection against this practice, it is only the integrity of the châteaux owners which prevents it from becoming more widespread. The recent boom in top Bordeaux wines as an investment rather than a drink has made customers more concerned than ever that their bottles should be maintained in perfect condition.

Speaking to the drinks business, Alun Griffiths MW, wine director at Berry Brothers & Rudd, conceded: “There’s nothing to stop it happening in theory. If the château is willing and you’re willing to pay for the costs then it can be worth doing.”

However, he maintained that there is currently little cause for concern about the integrity of wines being released onto the market, saying: “It’s very rare now to see it happening.”

Apart from any ethical considerations, Griffiths explained that most châteaux refuse recorking requests on the grounds that “logistically it’s a bit of a nightmare and there’s the cost involved. Most customers accept now that it’s just not practical.”

He also expressed his confidence that “the châteaux wouldn’t like to be associated with anything that could be construed as interfering in a wine.”

The main exception to most château’s recorking policy, Griffiths pointed out, is with bottles stored in its own cellars, which the owner may then decide to recork before release.

If such wines were subsequently put up for sale at auction, he confirmed that a note would invariably be included in the catalogue, although again this is not enforced.

With the commoditisation of top Bordeaux however, such an informal approach could become more of an issue in future. As Griffiths observed: “this business of wine investment is relatively recent. We’re now having people spending millions with no intention of drinking it; it’s pure investment so storage has to be impeccable.

“If you could wind the clock forward 30 or 40 years to where people are trying to sell these vintages in pristine conditions, that’ll be an interesting one.”