Asia-Pacific is to firmly establish itself as the fastest-growing region in the drinks sector over the next five years, according to latest figures. 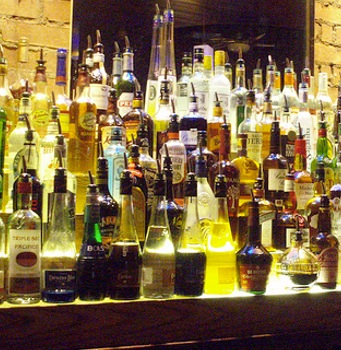 The IWSR Forecast Report 2011-16 predicts that Asia-Pacific will overtake the Americas as the second largest region for consumption and, not long after 2016, will overtake Europe as well.

Brown spirits and premiumisation – albeit at a slower rate – have also been identified as key drivers of growth across the global industry.

An IWSR statement said: “The next five years will be characterised by the ever-increasing importance of emerging markets especially in Asia, Central and Eastern Europe, and much of South America.

“The growing importance of brown spirits will also be a key trend, as will continued, and significant, premiumisation although at a slower rate than previously due to a weaker economic outlook for many countries.”

According to the report, sales of premium-and-above spirits will rise from 109.35 million cases to 143.07m cases.

Vodka and whisk(e)y will account for 71.4% of total growth of the Western-style categories in the standard-and-above quality segments.

Growth in Asia is not just restricted to spirits; 75% of the growth forecast for wine consumption comes from China, which is expected to add over 240m cases between 2010 and 2016.

The IWSR said: “While growth of wine consumption surges in many emerging economies, the stagnation of many traditional Western markets is balancing consumption levels.”

The report shows that the share of the top 10 wine markets will rise fractionally from 70.6% to 71.1% between 2010 and 2016, with the growth in China being offset to some degree by falls in traditional producer countries.

Beer’s share is set to rise marginally by 0.7% by 2016 versus other types of alcohol as demand grows further in the emerging markets of China, Vietnam, Brazil, India and Russia – predicted to be the five fastest-growing markets.