When Michelin-starred chef Thomas Keller announced he was to launch a pop-up version of his landmark Napa Valley restaurant The French Laundry in Harrods for 10 days in October and charge customers £250 a head for a seat, British gastronomes wept with both joy and despair. 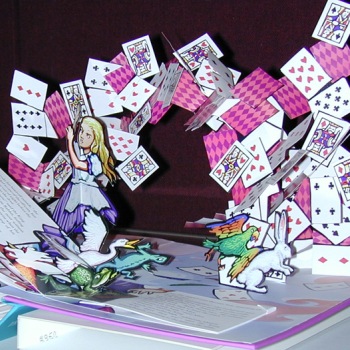 That such an acclaimed chef would set up shop on our shores is testament to the strength of the UK’s burgeoning pop-up scene.

The recession has forced restaurateurs to think outside the box, and indeed, the restaurant. Pop-ups give chefs an arena in which to innovate their chef whites off, cut costs and experiment without going bankrupt.

Their evanescent nature is a huge part of the appeal, especially in a city like London, which has become almost unhealthily obsessed with the “new”.

Fleeting eateries are a symbol of our fast moving times. We have come to demand a forever changing culinary landscape, and the shoestring budget required for a pop-up allows this to happen.

As our culture becomes ever more disposable, so does our dining scene. Read on for our round up of London’s best temporary restaurants popping up (and down) around town.

The French Laundry at Harrods 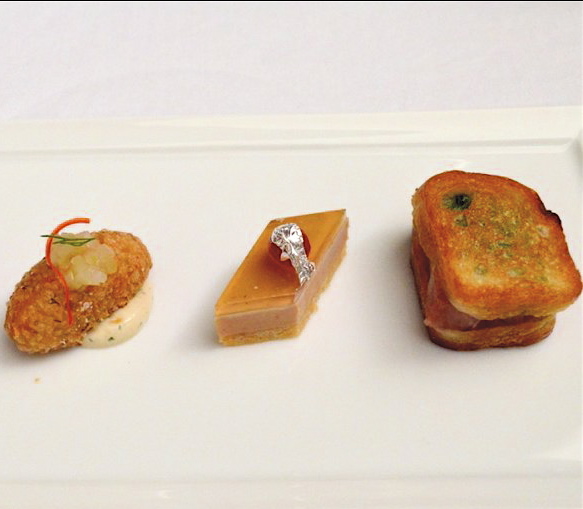 Michelin star-spangled American chef Thomas Keller has just finished a ten-day stint at a pop-up version of his acclaimed Napa Valley restaurant The French Laundry in Harrods, where he charged £250 a head for a nine-course tasting menu.

In the most ambitious project to hit London’s temporary dining scene, the 70-cover Californian institution, lauded as America’s best restaurant, was faithfully replicated in the luxury department store.

“The energy, excitement and commitment behind this project is extraordinary and sets another benchmark for what a pop-up restaurant can be,” Keller said at the time of opening. 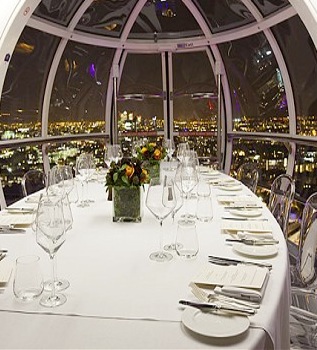 To celebrate this year’s London Restaurant Festival, the London Eye was turned into a revolving pop-up restaurant for four days earlier this month, when three pods each night were reserved for ten lucky diners apiece.

Lasting almost four hours, the experience for the fortunate few began with a Laurent-Perrier reception at The Savoy, before diners were chauffeured to the Eye, where three pods had been transformed into decadent dining rooms.

Once aboard, groups enjoyed a specially prepared menu from Michelin-starred heavyweights including Angela Hartnett, Richard Corrigan and Jason Atherton.

With each rotation of the big wheel, the chef and course changed. 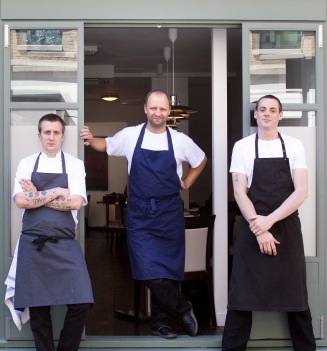 While most pop-ups have the lifespan of a dragonfly, Roganic in London’s Marylebone is stretching the definition with a two-year venture.

The brainchild of Simon Rogan, of Michelin-starred L’Enclume in Cumbria, Roganic (a hybrid of Rogan and organic), prides itself on locally sourced, seasonal organic ingredients.

In the absence of an à la carte, diners can opt for a six- or 10-course tasting menu featuring intricate dishes like heirloom tomato, poached lamb tongue and dill custard, and pig and eel croquettes, black mustard and pickled corn, whipped up by energetic 24-year-old head chef Ben Spalding, whom Rogan has handed the reins to. 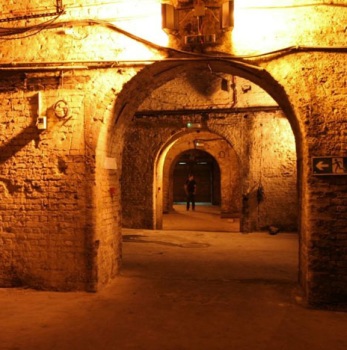 Currently in full swing, the Minotaur & Pret A Diner project will see Michelin-starred chefs Nuno Mendes of Viajante and Andreas Caminada from Switzerland’s Schauenstein man the stoves at the pop-up over the next two weeks, which coincides with both the London Restaurant Festival and Frieze Art Fair. 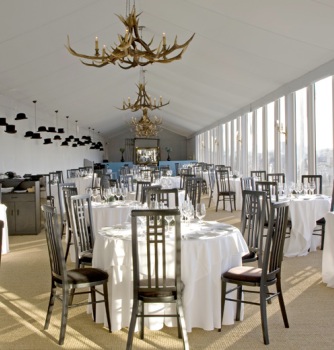 Legendary French chef Pierre Koffmann got the luxury pop-up ball rolling in 2009 with a month-long pop-up at Selfridges.

The former three-Michelin-starred chef patron of La Tante Claire replicated his Royal Hospital Road eatery in a marquee on the roof of the Oxford Street department store for 80 lucky guests a night, marking both his return to cooking and the start of the inaugural London Restaurant Festival. 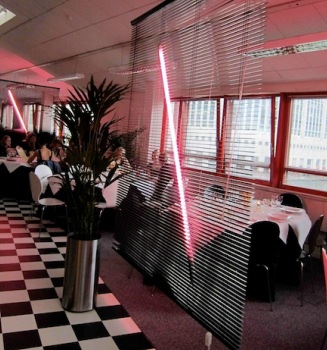 For five days this July, east London institution Bistrotheque celebrated the excess and glamour of the ‘80s with its “88” pop-up in a soon-to-be-demolished office building in Canary Wharf.

Somewhere between a historical document and a soap opera, the menu amalgamated dishes from the culinary giants of the decade.

G.H. Mumm provided the bubbles, matching each dish with a different Champagne in the range.

Guests were ferried to the venue Miami Vice style in a Mumm speedboat. 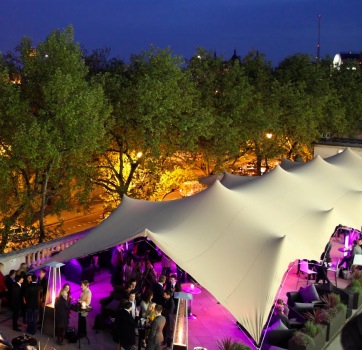 The refreshed menu included “Farm”, “Sea” and “Field” sharing boards, and revamped cocktails such as the Elderflower Collins and Red Chiili Martini, while DJs kept the crowds entertained in the insouciantly elegant space. 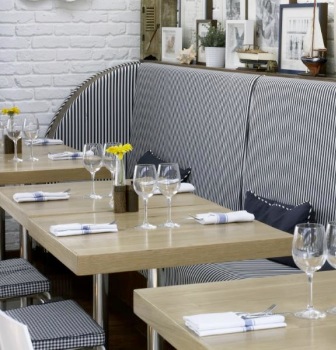 Adorable canal-side beach hut The Summerhouse proved so popular after popping up for six months last year, that it has become a permanent fixture in Little Venice.

Perched on the side of the Union Canal, the restaurant is the little sister of The Waterway, which lies a few metres upstream.

On pour is Champagne infused with lavender, while the fish-fuelled food includes sweet chili scampi, crab croquettes and popcorn shrimp. 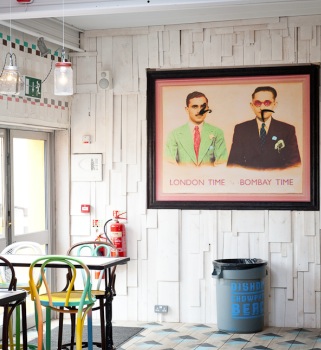 As part of the Festival of Britain celebrations, Covent Garden Indian street food restaurant Dishoom opened a spin-off pop-up – the Dishoom Chowpatty Beach Bar, on the South Bank this summer, popping down on 4 October.

Described as “Chowpatty Beach in the ‘60s on acid”, the neon orange beach shack, modelled on the Bombay cafés of the ‘60s and made from reclaimed materials, featured an array of Indian snacks such as sausage naan and pav bhajis, Bombay Pimm’s cocktails and Gola Ices – shavings of ice doused in syrup, which could be made “naughty” for an extra £2.

The Modern Pantry at Meza 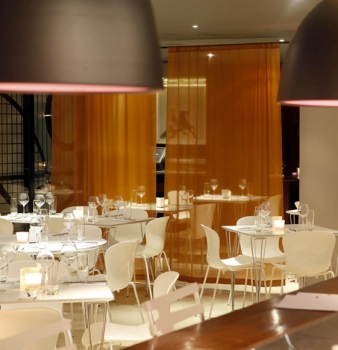 Known for its unique fusion of New Zealand cuisine with a Danish twist, Anna Hansen’s The Modern Pantry took up residence at Soho’s Meza for a month this March.

The restaurant was transformed into a twin version of the Clerkenwell original, with minimalist surroundings and signature dishes such as sugar-cured New Caledonian prawn omelette with coriander and smoked chilli sambal on offer, while a cocktail bar served Pantry classics such as the Japanese Mary and Rose Mojito.