A series of rain storms in California have potentially ruined a late but promising vintage in parts of the state. 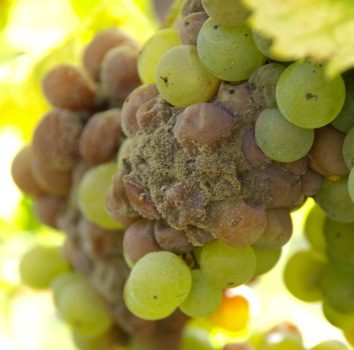 Although the sun has returned for the moment, various producers have said that the situation “sucks” and is “not for the faint of heart”.

Winemakers Dennis Martin at Fetzer and David Graves of Saintsbury both told The Wine Spectator that 2011 was one of the most challenging years either of them had yet faced.

Compared to most of Europe, which has seen a relatively promising year and harvests were carried out anywhere between two to four weeks in advance of normal, California is looking at a late harvest with time running out to allow grapes to ripen properly.

After difficulties with both the 2009 and 2010 harvests, a late spring and lukewarm summer this year raised concerns, but many hoped that if it did not rain then harvesting in late October or even early November would yield a more attractive crop.

However, storms began on 5 October and hit Sonoma, and Russian River Valley in particular, very hard although other regions escaped lightly.

Two inches of rain fell in Sonoma, whereas Paso Robles further south had less than an inch.

Brix levels for Chardonnay in Russian River were often at 22.5 or less when the rains came as opposed to what is considered an optimum level of 24, yet many producers were unwilling to pick.

Although a Brix level of 22 will give 12.5% alcohol, a perfectly normal level by European standards, in the US for those selling their crop this lack of ripeness could equate to a loss of hundreds of dollars per ton.

Martin admitted to The Wine Spectator that his Chardonnay “is not looking pretty right now” largely due to botrytis, but many growers still thought it better to pick riper grapes and sort out the rot than pick a healthier but slightly under ripe crop.

Red wines have been equally affected with large amounts of Zinfandel and Syrah in Sonoma ruined by the deluge.

Many parcels of Cabernet Sauvignon in areas not that badly hit by the rain are still very under ripe and time is now running out as days grow shorter.

Chaptalisation is not allowed in Caifornia but the addition of grape concentrate is and it is expected to be used quite liberally this year.

However, despite the use of concentrate, 2011 is unlikely to be a “classic” ripe vintage for the region with comparisons to 1998 being drawn.