Oddbins returned this week with a more flexible concept and with a pledge to put the customer “at the heart of everything”. 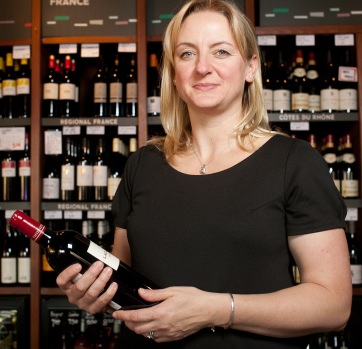 Speaking to the drinks business, Emma Nichols (left), head of buying at the UK off-licence chain, said that the financial backing of Midlands-based drinks distributors European Food Brokers gave the new Oddbins the “financial stability to think about what direction we want to take going forward, which the previous management didn’t necessarily have.”

Nichols said that the idea behind the reopening was to go back to the original Oddbins concept with a core range of products backed up with regular selections of small parcel wines or interesting wines at good prices.

“We started from scratch with the range,” she told db. “We wanted to be innovative with the range but also knew that we needed to have things that people want to buy. Then, once they know they can get those wines through us, they will be more open to trying other things as well.”

Nichols said that the initial challenge was also to remind customers that Oddbins is still operating and also to make the brand relevant to them.

Part of this has been done by updating the logo and stores to make them “cleaner, brighter and more modern, to make the experience more in line with what today’s consumer expects.”

Then, from today until Sunday, 23 October, Oddbins stores will allow customers the chance to say how much they believe certain bottles of wine are worth.

The start-up scheme will see customers offered two whites and one red in blind tastings and then asked how much they’d be prepared to pay per bottle.

The wines will then be presented on shelf with the “Customer Recommended Price” in two weeks time.

Nichols was keen to stress that this “was not a gimmick but a genuine attempt to open a dialogue with consumers” and, if successful, could become a running feature of Oddbins outlets in the future.

Nineteen of the reopened stores are in London with branches spread all over the capital and a further eight stores remain open around the country, in towns and cities such as Oxford, Liverpool, Bristol and Manchester.

There is also a strong presence in Scotland with two stores open in Aberdeen, three in Edinburgh and five in Glasgow.

These apparently represent the outlets that were the “most successful under the previous management,” said Nichols.

She continued by saying that while there was hope that the company would be able to open more stores eventually, it was not an immediate concern.

She said: “We would like to expand in the future but we are very wary of becoming too big too quickly.”

She added that what is important now is to “bring individual character to each store”.

Nichols said that the idea is for the stores to see themselves as a group of independent wine merchants rather than a part of a larger UK retailer.

She stressed that managers would be encouraged to tailor their stores to suit the needs and preferences of their clientele. So, while there would be a core offering in every Oddbins store, as managers got to know what they could sell and at what price a gradual diversification would take place.

Layouts would also differ with some stores sticking to presenting wines by country and others by grape variety.