Marks and Spencer has launched cocktail bays in 149 of its 600 UK stores. 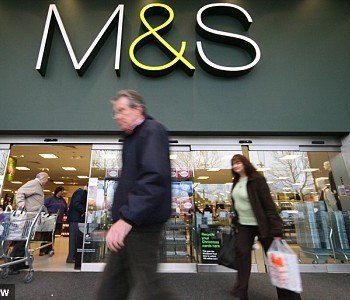 The new end-of-aisle displays feature all the ingredients, including recipe cards for two different cocktails at a cost of £25 each.

Emma Dawson, wine and spirits buyer at the retailer, told the drinks business that the merchandising was “about bringing our range to life”.

M&S has rejuvenated its range of spirits and introduced 15 new lines in the last year, including an elderflower liqueur and gingerbread rum, as well as toffee vodka, vanilla brandy, and a coffee liqueur.

It has also launched 31 new soft drinks, including a sweet shop soda range with “pineapple chunks”, “rhubarb and custard” and “blackcurrant & licquorice” flavours, which will be used as mixers.

“We will do two cocktails each month,” explained Dawson, speaking of the new merchandising bays installed last week.

She stressed that the new product development team had conducted extensive research into what cocktails were proving most popular, and she picked out elderflower and ginger as two fashionable flavours.

The cocktails featuring in-store will be classics, with, said Dawson, an “M&S twist”.