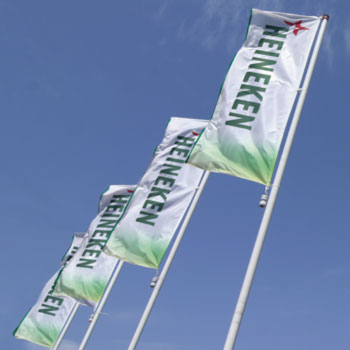 Revenue at the world’s third-biggest brewer by volume grew 3% in the quarter, the Amsterdam-based company said today.

Beer volumes slipped by just 1.7% in western Europe, where analysts were expecting a more significant decline.

Russia, the world’s fourth-biggest beer market, saw a “strong” rebound in volume compared with last year, when the government raised taxes on beer by 200%.

Beer sales rose in Africa, the Middle East and central and eastern Europe, the company said.

The company’s figures compare favourably with those of UK-based rival SABMiller, which last week reported first-half sales that missed estimates, saying that “particularly poor” weather in Europe and China held back growth.

Heineken cut its expectations for earnings back in August, saying it expected organic net income to be “broadly” in line with last year – a forecast it reaffirmed today.

The company said earlier this year that it would focus “towards volume and value share growth” for the brand in Europe, increasing the amount of marketing investment behind key brands such as Heineken.

Earnings before interest and tax, excluding acquisitions, fell in the quarter, the company said, as higher promotional spending and an increase in input costs failed to offset increased revenue and cost-cutting measures.

Heineken said in August it will increase its marketing expenditure by “low single-digits” in the second half.

Heineken announced in September that it was to roll out a new global visual identity in an effort to reflect its “significant transformation” over the last decade.