German producers will have to be selective in their vineyards to ensure a good vintage in most regions. 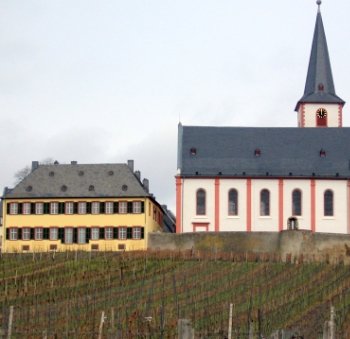 There were numerous problems with frost and hail damage across Germany’s wine regions this year but the potential quality is good if winemakers are strict, according to Tom Benns, wine consultant for Dr Bürklin Wolf in the Pfalz.

Speaking to the drinks business Benns said: “We have a real feeling for the clarity of the fruit already but selection was key.

“This will be a vintage that will separate the men from the boys but if you really did your selection and sorting then you’re going to make some really good wine.”

Just like the rest of Europe, Germany’s harvest was well in advance of normal, although certain regions such as the Mosel are still picking.

Furthermore, it would appear that quantities will be greater than those of  2010, a matter which will doubt bring relief to many producers.

The early growing season throughout Germany was positive but the Mosel in particular was hit by extremely heavy hail – “houses and cars were damaged, that kind of hail,” Benns told db.

Benns also noted that the Mittelhaardt would probably be the pick of the Pfalz region in 2011 due to an easier growing season, the Deutsche and Südliche Weinstrasses to the north and south having been hit by more rain and also a late frost in May.

In the Mosel, Johannes Haart, owner of Weingut Reinhold Haart, said that in and around Piesport the damage had been minimal due to hail but that Bernkastel-Kues – with its Lay and Doktor vineyards – had been very badly hit.

He said to db: “We had very little damage but Bernkastel was the worst hit. We are looking at very good quality and quantity.

“Last week was very warm and dry and just now some cold and rainy weather has just kicked in. So far though it’s not a threat.”

In the Rheingau the year appeared less tempestuous. Dr Franz Werner Michel, owner of Domdechant Werner’sches Weingut said that although quantities were slightly down on average, “we are very pleased with the quality”.

He stated that both he and fellow Rheingau producers were looking at “wonderful wines from spätlese all the way up to trockenbeerenauslese. And if we have TBA then you know quantities must be down.”

It also stands, according to him, in complete contrast to last year. “The character is very different to 2010,” he thought.

“2010 was wonderful in its own way but very different as it had higher acidity. Acidity this year is more in harmony with the must weight. This year is more opulent whereas 2010 is more elegant.

“If we were to compare it to architecture, 2011 is baroque whereas 2010 is more classical.”