Created for the British market, Pol Roger’s links with the UK include its Pol Roger Portfolio agency business, 21 this year. 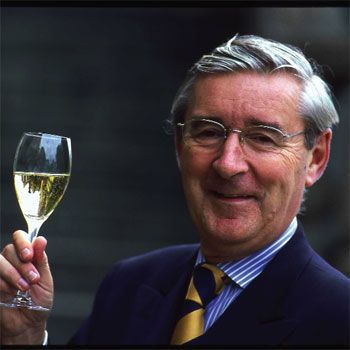 However, this year specifically, it is Pol Roger’s relationship with the UK trade that is worthy of particular mention. This is because 2011 marks 21 years since the Champagne house set up its own UK subsidiary, and 21 is, of course, when  one symbolically becomes an adult.

And for Pol Roger Portfolio, as the  British business is known, there is a strong sense that it has come of age. It now represents Chile’s Cousiño-Macul, France’s Josmeyer, Drouhin and Nicolas Perrin, Hungary’s Crown Estates, Italy’s Querciabella and, in spirits, Scotland’s Glenfarclas and Cognac’s Hine.

Furthermore, it has just opened a London-based office to complement its headquarters in Herefordshire, and managed to bring its share of non-Pol Roger business in the UK market to almost 40%, from 10% just ten years ago. It has also shed a few less profitable agencies, notably from Australia and New Zealand – a clear sign of a maturing operation.

But, even without this business, the UK is extremely important for Pol Roger – it is the label’s largest export market – as well as crucial to the Champagne’s image. As head of the house Noyelle states: “Pol Roger is so special in England because the brand was born in England.”

Noyelle, who joined the company from Mommessin 14 years ago, explains that although the operation was founded in 1849 as a négociant supplying wine for a range of labels in France and the UK, it was the British who convinced Pol Roger to bottle its Champagne under its own name and, by 1876, a newly-launched Pol Roger cuvée had its first UK agent in Reuss, Lauteren & Co, which later became Dent & Reuss.

Indeed, the label was only introduced to France because of UK demand: travelling Brits, particularly to Pau, were requesting Pol Roger in hotels and restaurants.

But the brand’s success more famously stems from what is the Champagne region’s most lasting piece of celebrity endorsement – Winston Churchill. His very public devotion to Pol Roger began in the early 1900s and continued throughout his life. He even insisted on carrying cases of the Champagne into war zones, declaring that “in defeat I need it, in victory I deserve it”.

The association was cemented in 1975, 10 years after Churchill’s death, with the launch of Cuvée Sir Winston Churchill, which was initially produced in magnums only. Prior to this, Pol Roger had already displayed its regard and affection for Churchill by adding a black border to the labels of its White Foil following his death in 1965, later lightened to a navy blue to reflect his position as a former First Lord of the Admiralty.

But to return to that symbolic number, 21, Pol Roger set up its own UK subsidiary in 1990 when cider’s HP Bulmer closed down Dent & Reuss. However, some continuity was maintained, as it was Dent & Reuss wine director Bill Gunn MW who established the new office.

Today, Noyelle understandably describes Britain as “a very dear market” and, portraying the brand as both “old-fashioned and modern”, talks of it in terms of its UK audience: “Pol Roger is, historically, the champagne of the British Establishment but is increasingly being discovered by a enthusiastic audience of new younger followers.”

Entrenching such an association are Pol Roger’s thoughtfully selected and unusually niche partnerships, such as its sponsorship of Music in Country Churches or real tennis tournaments.

Speaking of the latter, Pol Roger UK MD Nick James explains: “There are around 4,000 players in the country, but each one is probably a fairly heavy Champagne drinker.”

Even the style of Champagne destined for the UK is slightly different, with an extra nine months’ ageing on the Brut NV for the “goût anglais” as Noyelle puts it, while its vintage Champagne, as much as 18% of Pol Roger’s UK business (compared to around 2% for the total market), tends to lag behind its competitors in terms of release dates, again conforming to a British taste for aged Champagne.

Although Noyelle admits this extended ageing has affected the amount of positive press coverage for Pol Roger over the last year because the house has been shipping the 2000 (and 1999 for Cuvée Sir Winston Churchill) when others have been selling the prized 2002, he adds: “But when they are selling 2004 and 2005, watch out, because we will switch to the 2002 next year.”

Continuing on the topic of maturation, Noyelle reminds us that Pol Roger has “the coldest cellars in Champagne”, due to their depth, and a cellar as much as 33m below street level is used for Pol Roger’s secondary fermentation in bottle. At around 3 deg. C cooler than the average cellar, the fermentation is prolonged, a factor Pol Roger believes is instrumental in the production of the Champagne’s particularly fine bubbles.

Of course, holding stock for extended ageing also has financial implications, but Noyelle says not only that older wines “contribute to the image of Pol Roger”, but adds: “We can wait because we are financially extremely solid.”

This is despite Champagne’s change of fortunes since the late 2008 recession, through which he says the company held its proverbial nerve. “We didn’t go for discounting and selling large volumes – we did not touch the price structure, we did not touch the discounting policy; we maintained everything.” In fact, he adds: “In the last two years when prices of Champagne went down 2%, our prices went up 7% [to maintain margins], so we are 9% above the others.”

Looking back to a 10-year period from 1997, when Noyelle joined Pol Roger as the first non-family member to preside over the company, he recalls the constant growth in demand for Champagne as a whole, and hence the lack of truly testing circumstances. Over the last two to three years, however, he admits he is pleased at how he handled a “crisis”.

“Late 2008 business was tough,” he recalls, “but I never had any troubles with the banks. We managed to be profitable in 2009 and still reduce debt and invest; we made more wine. I was told at school to invest when times are tough so you are ready when things go again. But while it’s very easy when you are being taught, it’s hard when you are running a business.”

In fact, Noyelle wants Pol Roger to reach 2 million bottles in total production from today’s 1.7m. He would also like to expand Pol Roger’s 88-hectare vineyard holding, although he stresses that he’s only interested in “good vineyards” because, for Noyelle: “The most important thing is producing good wines.” To do this: “You have to have the financial means, not the pressure of running a business.”

Thankfully, demand seems to have barely faltered for Pol Roger, even during the tougher times, and now sales at all levels, including the top cuvée, are “booming”. “I have the means to afford to be top quality,” Noyelle concludes.

Pol Roger’s resilience during the recessionary period and surging sales today may in fact have as much to do with the brand’s links with Burgundy as Britain. As Noyelle points out, Pol Roger is made and marketed more as a wine than Champagne – it behaves more like a grower than a grande marque. Hence it is intriguing to learn that Noyelle is also a director at the Côte d’Or’s grand cru monopole Clos de Tart.

This philosophy also extends to the Pol Roger portfolio, including the two spirits brands represented by the UK office, with Glenfarclas even described by the UK team as “the wine of the Highlands”. And it is the range of labels distributed alongside Pol Roger in the UK that the company is now keen to emphasise, not just because the Champagne itself has been on allocation in Britain since 2001, but also because, quite simply, not enough is known about its portfolio business.

“We need to remind the trade that we are not just Pol Roger,” states UK sales and marketing director James Simpson MW. However, this should be seen as testament to the strength of the flagship brand which is, according to Noyelle, “probably 1% of the Champagne trade in England, but in terms of fame we are much bigger”.