Germany scooped seven of the top 10 spots in an International Pinot Noir blind tasting held last week in London, but it was Oregon which took the top spot. 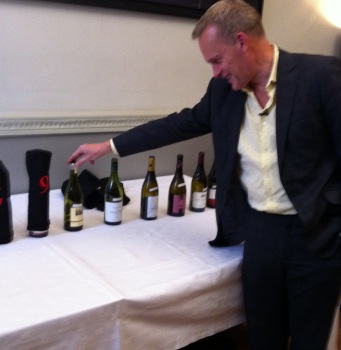 The Antica Terra 2009 Pinot Noir was awarded first place, a wine produced on 40 acres in the Eola-Amity Hills of the Willamette Valley.

For all the rejoicing among Oregon fans however, it was Germany which used this opportunity to prove the quality of its Pinot Noirs on a world stage. Despite being the world’s third largest producer of Pinot Noir, with more planted than Australia and New Zealand combined, the country currently exports just over 1% of its production.

Nevertheless, Steffen Schindler, marketing director of the German Wine Insititute, explained the decision to hold this tasting in the UK. He observed: “The UK is one of our major markets abroad for German wine and I would guess that the density of wine experts in the world is nowhere bigger than in London.”

As well as dominating the top 10, Germany showed the quality of its Pinot Noir, not just in regions where the variety is prominent such as Baden, but also in Rheinhessen, Franconia and the Ahr.

“Even for us, who do know German wines really well, we were surprised at some of the names which came through,” remarked Schindler, who picked out in particular the young winemaker at Wintzerhof Thörle in the Rheinhessen, a region not especially known for its Pinot Noir.

The 13-strong judging panel of almost exclusively UK-based trade representatives, including the drinks business, initially whittled the 39 wines (one wine failed to show up) down to 13. The panel then began a second round of tasting in which the remaining wines were rescored and ranked.

The final result was as follows: