Fine wine sales in London’s top restaurants are booming despite fears of a renewed recession. 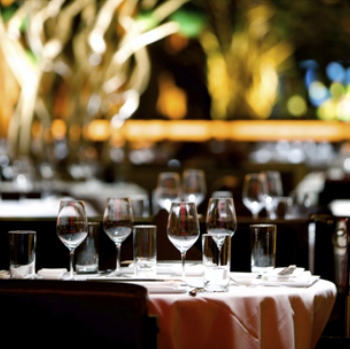 The UK importer for brands such as Bollinger, Taylor’s, Chanson and Chapoutier created the specialist section to better serve the needs of the fine dining sector.

“We haven’t expanded our portfolio but it means that for key partners we can directly supply things like back vintages, large formats… the service-led sexy stuff,” he explained.

He added that the company was happy with its existing customer base of white tablecloth restaurants, but wanted to sell “as broad a collection as possible” of the Mentzendorff portfolio.

To further promote its full range, Mentzendorff held its first ever tasting for the London on-trade in September, offering sommeliers and restaurant managers the chance to try some of its rarely opened wines such Bollinger’s Vieilles Vignes Francaises 2002 and Taylor’s Scion, a tawny Port from 1855.

Speaking further of the new fine dining division, Hawes told db, “We wouldn’t be doing this if our analysis didn’t show that this section of the market wasn’t the least affected by the global financial crisis.”

Continuing he added, “If anything the crisis has helped because the depreciation of the sterling has led to an influx of very rich individuals from Europe and elsewhere.

“Now London is the biggest luxury goods market in the world,” he concluded, stressing the polarisation in the UK marketplace with, at the top end, accelerating consumption of exclusive wines and Champagnes, and at the other, discount-led retail sales.