A Dutch government agency has enabled members of the Black Economic Empowerment group of producers to exhibit at this week’s Cape Wine Europe. 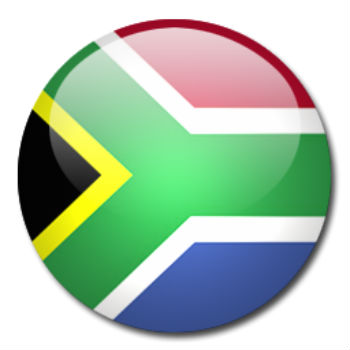 The BEE is described as “not simply a moral initiative to redress the wrongs of the past. It is a pragmatic growth strategy that aims to realise the country’s full economic potential while helping to bring the black majority into the economic mainstream.”

The movement aims to open up a career in the wine industry to a number of South Africa’s ethnic groups, who unlike the country’s British and Afrikaans inhabitants, may have no family or cultural tradition of winemaking or wine consumption.

Now the BEE has won support beyond its own borders with funding from a Dutch organisation the Centre for the Promotion of Imports from Developing Countries (CBI). This aims “to contribute to sustainable economic development in developing countries through the expansion of exports from these countries.”

In total, 14 producers, all at least partly owned and run by beneficiaries of the BEE scheme, will be present at Cape Wine Europe, which takes place at Earls Court in London from 11-12 October.

Cape Dreams (stand 66): Owner Bunty Khan sources her wines in Robertson, and already exports to a number of countries, including Finland, China and the US.

Fairvalley (stand 50): A Fair Trade certified brand belonging to a workers’ trust set up by Paarl producer Fairview. Wines are made by the trust in Citrusdal, producing sufficient volumes to supply supermarkets.

Koopmanskloof (stand 58) is represented at the show by Rydal Jeftha, who partly owns a 540 hectare Fair Trade company in Stellenbosch.

Libby’s Pride (stand 90): Libby Petersen sources her wines from Wellington and markets her own blends under the Libby’s Pride label. In the domestic market, Libby’s Pride is sold in several supermarkets including Checkers and Pick n Pay.

M’Hudi (stand 45) is one of South Africa’s first BEE brands and has been exporting to the UK for several years.

Re’Mogo (stand 66): Theo and Thamsanqa manage the  Fair Trade certified Re’Mogo, sourcing wine from Stellenbosch. Their focus so far has been on sales to townships in Cape Town and Soweto.

Ses’fikile (stand 27): This is one of the first BEE brands who managed to export their wines. Formerly listed by Marks & Spender, it sources its grapes from Wellington.

Seven Sisters (stand 58): Vivian Kleynhans and her six sisters run the African Roots business, sourcing wines from the Swartland area. They recently built a restaurant, tasting room and winery in Stellenbosch and have exported to the US for several years.

Sizanani (stand 91): Randall Peceur takes charge of marketing and sales for the Sizanani brand, owned and run by the workers trust of Bellevue Estate. All wines so far have been sourced from Bellevue in Stellenbosch.

Solms Delta (stand 31): Jeneale Clayton represents a company in which the workers have a significant stake, and in which empowerment plays a key role. The winery producers super-premium wines from Franschhoek and already exports to several countries.

Stellar Organics (stand 62): The world’s first Fair Trade wine producer, which turned recently to Fair for Life certification. A big producer of many labels, all Stella Organics’ wines originate from the Trawal region 275km north of Cape Town. It already has a presence in a number of export markets.

Thembi & Co (stand 60): Thembi Tobie sources her wines from the Citrusdal region and is Fair Trade certified. She is exporting successfully into the Dutch market.

Thokozani (stand 68): Denise Stubbs represents the workers trust of Diemersfontein in Wellington. In addition to wine, Thokozani is involved in conferences, accommodation and art. The company already exports to The Netherlands.

Women in Wine (stand 29): Beverly Farmer represents a groud of women who all work at famous wineries and who have formed their own trust. The wines are sourced from Paarl.

For more information about these producers, contact Cees van Casteren from the CBI at info@ceesvancasteren.com