Last week’s hot spell has contributed to what looks set to be an extremely good year for English wine. 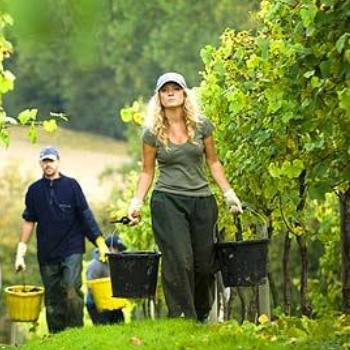 Speaking to the drinks business Julia Trustram Eve, marketing director of the English Wine Producers, said that: “Prior to the hot weather, we were looking at good quality. The sugar levels were already exceptionally high so the harvest started a little sooner but this recent hot weather will lead to even better concentration in the fruit.”

The UK has been sweltering over the past week with temperatures rising to 30 degrees centigrade in parts of the country on Friday and Saturday, making it the hottest start to October by breaking the previous record set in the mid-1980s.

As noted by Trustram Eve, this has lowered the acidity levels slightly and boosted the sugar in those plots that have not been picked leading to better balance in the grapes in what was already a good year.

Chris White, general manager for Denbies vineyard told db: The quality is outstanding, it’s the best year we’ve ever picked. The sugar levels are at a record high.”

The estate has already picked its Ortega and Ronda and harvesting of the Bacchus is currently underway.

Many producers are taking advantage of the weather to let varieties that were held back by a late fruit set to develop further.

Mardi Roberts, sales and marketing manager for Ridgeview, said that in particular: “The Chardonnay is playing catch up so this weather couldn’t be better. We’re using this chance to maximise the sunshine. It’s going to be a very special year albeit with a reduced crop. Definitely one to look out for.”

However, despite the perfect weather White reported that Denbies would not be making any red wine this year. Instead production will be centred on rosé which has apparently seen a huge surge in demand.

White said: “We decided to forgo the reds this year and concentrate instead on rosé. All the red varieties, except for the pinots which will go into the sparkling, will go into making rosé this year.”