Ray Flynn, managing director of the Morgenrot Group, has died aged 47 after a battle with cancer. 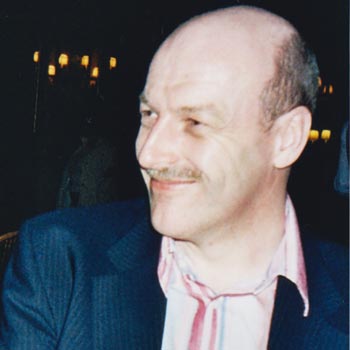 Flynn had taken a back seat at the company following his diagnosis in March this year.

Rudi Plath, The Morgenrot Group’s founder and chairman, believes the industry has lost one of its most “knowledgeable, hard working, honest and jovial characters”.

Plath added: “Ray was more than a colleague; he was a true and close personal friend who will be missed by everyone he came into contact with.

“He was a credit to himself, our company and the industry as a whole and my thoughts go out to his children Helene and Daniel, his family and close friends at this difficult time.”

After joining Liverpool wine merchant Scratchards straight from school as a warehouse stock assistant, Flynn spent 19 years with the company, learning the trade and working his way up through the ranks.

In 1999, he joined Morgenrot as commercial director of Spanish and German beer imports and development before being made managing director in 2003.

In his nine years in the role, Flynn oversaw a doubling of the company’s turnover from £2.5 million to £5m (year ending April 2011) and was instrumental in forging links with companies such as Tesco, Matthew Clark, WaverleyTBS, Booths, Fullers and Lanchester Wines.

Plath continued: “During his time as MD, Ray set the company on the steady course we are now on, exceeding our aspirations, and securing the future of the business.

“We will be always grateful for the hard work and commitment he has shown, and will continue in his footsteps, as the business continues to grow and develop in his absence.”