Wine and Spirit Trade Association chief executive Jeremy Beadles has admitted that the industry body is still “a long way” from convincing the UK Treasury to introduce a new tax band for low alcohol wines. 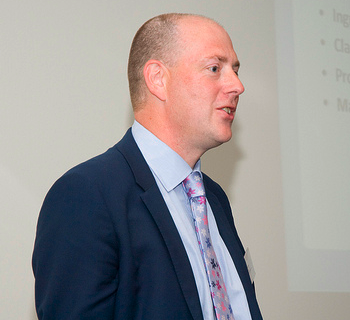 Speaking to the drinks business, Beadles (left) said he remained “hopeful” of a breakthrough, but conceded the process might take as long as “nine to 12 months”.

Beadles last week told the WSTA conference in London the organisation was keen to work on “opportunities for a new wine tax band between 5.5% and 8% abv.”

However, this week he told db: “I think we have a long way to go with the Treasury before we can convince them this is a good idea.

“Their concern is in terms of whether they would lose revenue. We entered into these conversations hopeful as always, but my guess is that this is going to be a nine to 12 month conversation.”

In answer to concerns from the beer industry that introducing a new tax band for low-alcohol wines would differentiate them unfairly from beers of a similar alcoholic strength, Beadles simply said: “Taxation is done on a different basis for different products.”

Andrew Lansley MP, secretary of state for public health, said: “Alcohol abuse comes in many forms; therefore there is not one form of alcohol that is in that sense uniquely responsible for alcohol abuse. I have not seen my role as being in trying to distinguish between different alcohol categories.”

In 2010, the government announced plans to introduce a higher rate of duty for beers over 7.5% abv. The new tax comes into effect this October.

But according to the UK’s leading beer distributor, James Clay, the policy is set to do precisely the opposite, and will unfairly penalise responsible drinkers, pubs and important local industries.

Nigel Stevenson, speciality beer consultant at James Clay, told db: “The policy has unfairly singled out beers over 7.5% as the root cause of problem drinking. These beers actually account for less than 0.5% of UK alcohol sales, whereas 99%+ of wine sales are over 7.5% abv.

“So why is the Government pointing the finger at world classic beers such as Duvel (8.5% abv), Brooklyn Black Chocolate Stout (10% abv) and Schneider Aventinus (8.2% abv) – each of them the Mouton Rothschild of their styles – and not wine?

“The folly lies in the fact that these beers are more akin to a fine wine in the way they are reverently crafted and consumed.

“Ministers seem blissfully unaware that brewing our national drink is a far more complicated art than winemaking, and created from a far broader array of ingredients: a wide variety of cereals; a blend of malts and kilning temperatures; a variety of yeast strains; a spectrum of diverse water sources; and a palate of exotically flavoured hops. Wine has only the grape.

“Many beers of 7.5% abv and over are hugely revered in their own countries and by connoisseurs worldwide. And the recent introduction of third of a pint glassware for beer, with the two third of a pint potentially legal from 1 October 2011, means that the ideal glass can be chosen for the strength and the flavour of each beer. Serving beers in small quantities or in elegant glassware with food is a growing trend in the UK.”