At a time when it seems that nothing but bad economic news is coming from across the Atlantic, a study has found that a majority of California wine executives are more bullish about prospects than at any time in the past four years. 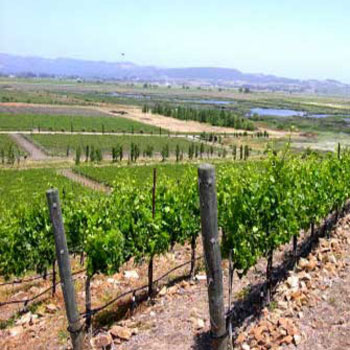 That is positive news and many in the business on the Old World side of the ocean will hope that it has echoes here. Certainly there are a number of parallels.

The study, conducted by Davis University in California, found that 53% of wine executives believe that their profits will increase this year (for most that would not be a difficult achievement) and three quarters think they will make more money still in 2012.

More than 70% said that the health of the wine industry is improving, a level of confidence last seen before the financial crisis hit in 2007.

Robert Smiley, emeritus professor at Davis Graduate School of Management, said that the tightening supply of grapes in California is continuing, with this year’s harvest expected to be 10% below the norm, and industry predictions are that supplies will be short of demand for several years to come.

While that is good news for producers, Smiley told a symposium, most still believe that price discounting will be a continuing factor in the market.

“We’re optimistically coming out of this recession,” he said, “but people still enjoy a deal. Everyone is optimistic that prices will start to firm up.”

Others warned, however, that it would be difficult to wean major retailers, especially supermarkets, from wine price promotions that had been used as marketing drives to attract reluctant consumers into their stores.

There is strong evidence that wine consumers in the US have traded down during the financial crisis and are reluctant to move back up the price scale, in contrast to the recent pattern both Diageo and Pernod Ricard have discerned in premium spirits in North America.

John Gillespie, president of the Wine Market Council, said that cash-conscious consumers were continuing to trade down. While sales of wines at above the US$20 price point had picked up recently, he told delegates, the evidence showed that many were purchasers who had traded down from the US$50 and above category and were now reluctant to move back up. That is an uncomfortable thought for producers worldwide.

More cheering, however, was Gillespie’s report that despite European and North American graduates (effectively the next generation of finer wine consumers) struggling to find jobs and having less disposable income, those in the 26- to 34-year-old age group were drinking more wine than before, reflecting a partial swing away from beer and spirits.

At the bottom end of the legal age for alcohol consumption, however, wine drinking is suffering.