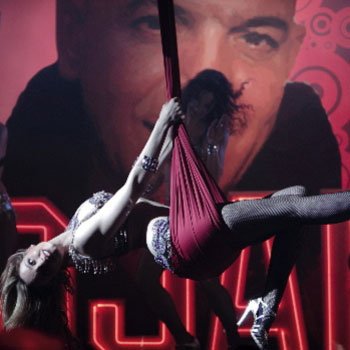 Taking place from 23 September to 6 October at Ciné Lumière in south west London, the festival attracts over 3,000 consumers every year and showcases some of the most groundbreaking recent Spanish films.

As an official sponsor, the Spanish brand will be offering consumers samples from its range and providing wine for private parties taking place during the festival.

Campo Viejo advertising will also run before each screening to reinforce the new brand platform “Live Uncorked”, which, according to the company, “brings to life the vibrancy and expressiveness of Spanish culture and reflects the progressive winemaking style of the brand”.

The Festival showcases a variety of film genres, reflecting the dynamism and creativity of contemporary Spanish cinema.

Films such as Lope, Neon Flesh or Legend of the Soldier will later be released in the UK, but the majority will be screened exclusively at the festival.

“This is an exciting sponsorship opportunity for Campo Viejo, as the London Spanish Film Festival reinforces the Spanish passion that is reflected through our Campo Viejo range,” said Simon Thomas, deputy managing director for wine at Pernod Ricard UK.

For more information on the festival and a full programme of events, visit www.londonspanishfilmfestival.com