The restaurateurs behind Sake No Hana, Villandry and Momo have teamed up to launch Cabana, a Brazilian barbeque restaurant. 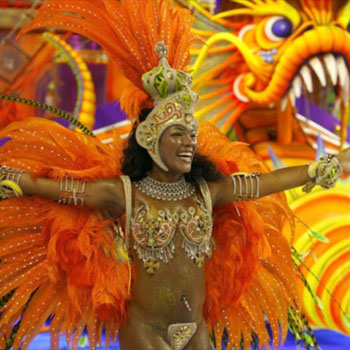 Two branches are due to open almost simultaneously in London this November: one at the new Westfield Stratford City shopping centre and another at Central St Giles, currently under development near Tottenham Court Road in the West End.

One of the partners, David Ponté, was born in Rio de Janeiro, a background which inspired this venture, which is based on the Brazilian churrascurias and street food snacks available across the country.

Meanwhile a team of cabanistas will move around the room serving colour-coded barbeque skewers, from chimichurri butterflied rump steak to vegetarian options such as giant Portobello mushrooms with halloumi.

Customers will be able to indicate whether they are still hungry or simply taking a break by flipping a disc from green to red.

Tapping into a wider London trend, Cabana will also house its own frozen yoghurt bar, offering flavours such as peanut and cashew and dulce de leite, which will be available to eat in or take away.

The drinks list will serve an “extensive” list of Brazilian and Portuguese beers, including Sagres on tap.

Trays of half pint glasses of chilled beer will circulate the room, while a central bar will serve up cocktails, including several flavours of caipirinha.

Brazilian cuisine appears to be on-trend in London at the moment, with the recent expansion of Rodizio Rico, which offers a similarly informal flavour of the country.