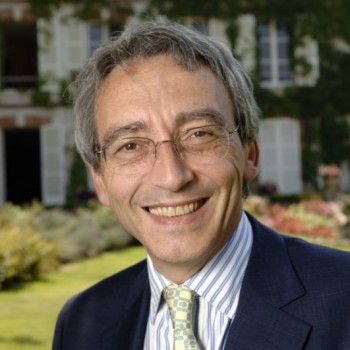 The popularity of Cognac and Scotch whisky in Asian markets saw Martell enjoy 26% growth in the region, followed by overall growth of 16% from Pernod’s Scotch whisky brands, Ballantine’s, Chivas Regal, Royal Salute and The Glenlivet.

In the US, renewed growth from Absolut vodka and a continued strong performance by Jameson led to a sales increase of 2%. Overall organic growth of 5% for the Americas was largely driven by Brazil, whose 12% uplift was fuelled by Absolut and Scotch.

Western Europe’s performance was hit by a 33% decline in Greece, but the region nevertheless posted “an improved” 2% decrease compared with 2009/10. The UK achieved the “virtual stability” of a 1% decrease, a marked recovery from the 10% fall reported a year ago.

Reports from Central and Eastern Europe were more buoyant, with the region reversing its 9% decline a year ago to post 9% growth in 2010/11. Leading this turnaround was Russia, which achieved 17% growth, with Ukraine bouncing back strongly and Poland’s 49% increase for Ballantine’s headlined the country’s strong growth in imported brands.

Champagne brand Perrier-Jouët recorded 14% growth thanks to a strong surge in Asia, although it saw a decline in the UK. Mumm bounced back to more modest growth, attributed to an improved performance in France, Italy and China.

Meanwhile Pernod’s wine portfolio returned to growth for the first time since 2007/8, although this was modest at just 0.4%. Despite being a major growth driver in China, Jacob’s Creek struggled in mature markets, posting a decline in countries including the US, UK and Canada.

The company was helped by exchange rates, in particular the strength of the US dollar, Chinese yuan and Indian rupee against the euro, which resulted in a positive effect of €277 million.

Attributing this “remarkable performance” to “the relevance of our strategy and of our decentralised model,” Pringuet, promised: “We will continue to grow, by capitalising on the strength of our portfolio of brands, the quality of our distribution network and the powerful leverage of emerging markets.”

The company announced that it would unveil targets for the current financial year when it reported first quarter sales on 20 October.