The launching of a hostile bid by SABMiller for Foster’s over the head of the board throws up questions over the future of Treasury Wine Estates. 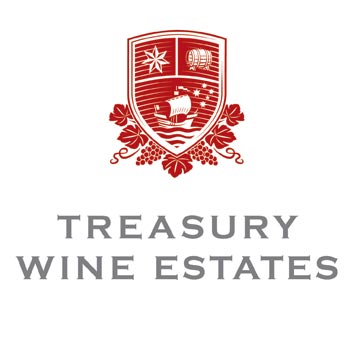 The former Foster’s subsidiary reports pro forma results on Monday. The parallels between the two Australian companies are not comfortable for shareholders.

SAB’s bid for Foster’s values the Australian brewer at AU$4.90 per share, or about 8% more than the stock was worth on the market when the UK-based group made a “friendly” approach in June.

That is hardly the sort of takeover premium that might be paid for a desirable business. But Foster’s rejected the initial approach as being totally insufficient and implicitly waited for rivals to ride into the fray – but none have.

Now some shareholders are becoming anxious that if SAB is the only player in town and its offer is rejected (as it has been again by the board of Foster’s) then they will be left with holdings in the market leader in a mature and declining market. The prospects are not attractive.

Treasury became independent of Foster’s only in May, so to be fair to the new board, they have had little time to reshape the company as they might wish.

Monday’s results will reflect effectively the final year under Foster’s less-than-competent ownership. Nevertheless, new CEO David Dearie will be under pressure to explain where the business is going and how quickly.

Today Treasury’s stock market value has fallen to AU$2.2 billion, effectively the same level at which it was floated in May. The company is trading at 23% below the book value placed on it last December, yet according to Bloomberg, there are eight other winemakers and distillers from developed nations with market values in excess of US$1 billion and they trade at an average 2.3 times their net assets.

That, you might think, would make Treasury a prime takeover target, but no suitor has come forward since Foster’s rejected AU$2.7 billion before Christmas.

The strong Australian dollar, a weak US economy,  yet another glut of grapes and a diminishing Australian reputation for quality are all parts of the story.

In its last financial year under Foster’s, Treasury had revenues of AU$184.6m before interest and taxes – a 40% drop on the 2008 figures.

If you include writedowns, Treasury would have made losses as a separate company in the last three years. But the picture is improving, if marginally. Net income was AU$131m in the year to 30 June 2010 and estimates are that it will make AU$142m this year – a meagre return on capital.

So while Dearie’s figures on Monday will be skipped over as history, his projections for the future will be much more closely scrutinised, especially the plans to focus on Asia. But few expect the shares to perform strongly in the near future and the prospect of a bidder emerging before the company is making more solid progress is thought remote.

A consensus of analysts rates Treasury at no more than “hold”, despite its comparative cheapness.

For a full interview with David Dearie, click here