UK rosé sales are being challenged by the launch of chilled red wines and a failure to break into higher price points. 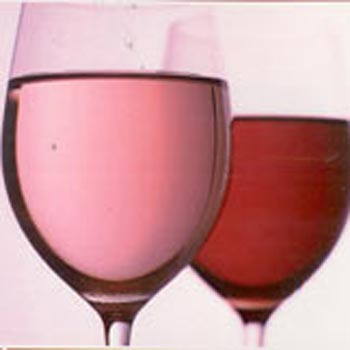 Until now the seasonal popularity of rosé in summer has partly come at the expense of richer, more wintery red wines.

However, Mark Newton, client relations manager for CGA Strategy suggested: “This typically resolute seasonality is set to be challenged by the introduction of chilled red wines to the UK market.”

In particular, Newton pointed to the launch this spring of Gallo Family Vineyards Summer Red, a 10.5% abv blend of Zinfandel and Pinot Noir, designed to be drunk chilled, which the Californian firm launched with a multi-channel marketing drive across both UK on- and off-trade channels.

At the time of the launch, Gallo’s senior marketing director Amy Englehardt said: “Gallo Family Vineyards is the first major wine brand to launch a red wine to be enjoyed chilled,” claiming that the style would “challenge consumer perceptions of red wine.”

It may have a far smaller impact on UK on-trade data than Gallo, but recent efforts to capitalise on Beaujolais’ excellent 2009 vintage have also seen many in the trade remind customers about the appeal of serving lighter red styles slightly chilled as a summer alternative.

The rosé category also appears to be suffering from its limited presence in higher price points.

This observation was backed up by CGA’s regional data. For example, while the Anglia and London regions saw double digit value increases for most wine subcategories in the year to the end of June 2011, rosé experienced an uplift of just 4.6% in Anglia and 3.3% in London during the same MAT period.

In the Central UK region, CGA reported a 1.3% value MAT decline for rosé alongside a 1.2% decrease for sparkling wine.

Explaining the slide, Newton said: “This is likely to be due to an emphasis on cheaper sparkling and rose wine brand offers within commercial high street outlets.”

Most significant of all was the 7% volume decline for rosé in Scotland. This led the country, which accounts for 13% of total UK volume on-trade wine sales, to deliver an overall 1% volume decrease for the year.

Despite the value problems faced by rosé, CGA reported a UK value MAT leap of 11.1% for still wine, despite a continued decline in volumes as on-trade venues continue to close and consumers go out less often. The company attributed continued premiumisation as a key value driver.

Newton explained: “Customers view their one night out as a treat and are therefore willing to pay for more premium upmarket products. For wine this means that consumers are now choosing trade up wines with a higher price point as they decide to splash out and treat themselves.”

Unless rosé can find a way to break into higher price points, it will be unable to tap into this shift in the way consumers are choosing to spend their money.

For more detailed CGA analysis, look out for this autumn’s edition of EAT.DRINK, the drinks business’ on-trade report.