Petrus for Petra at Ecclestone wedding

Cristal and Pétrus were the chosen pours at the wedding of Bernie Ecclestone’s daughter Petra over the weekend. 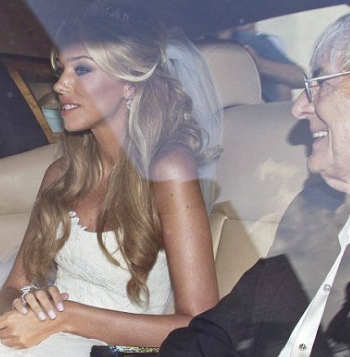 The lavish event for 250 people was held at Odescalchi Castle in Italy’s medieval town of Bracciano, and is reputed to have cost £5 million.

Aside from the wine and bride’s name both meaning “stone” in Greek, Château Pétrus may have been chosen for the wedding because the groom, James Stunt, is supposedly a keen collector of the label and has a complete set of bottles from every vintage since 1945, according to The Daily Mail.

Although the vintage consumed is unconfirmed, if each bottle of Pétrus cost around £4,000, and Ecclestone had provided half a bottle a head, the bill, without corkage, for the red wine alone would have been £500,000.

As for the music at the wedding, the couple enjoyed the Royal Philharmonic Orchestra and Italian tenor Andrea Bocelli during the ceremony, Eric Clapton for the first dance, followed by The Black Eyed Peas, and finally DJ David Guetta.