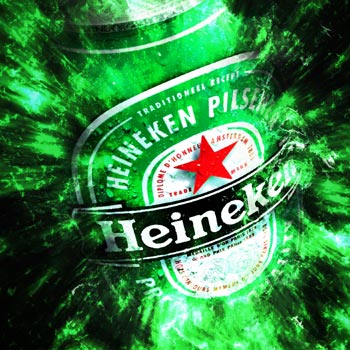 The world’s third-largest brewer said trading conditions remained favourable in Latin America, sub-Saharan Africa and Asia-Pacific, but not in developed markets such as Europe and the US.

“Volume development in parts of Europe and the US is expected to remain challenging given the current economic uncertainty, high unemployment and ongoing weak consumer confidence,” it said in a statement.

The Dutch brewer said it had already experienced weak beer sales in the normally high-selling season of July and early August due to poor summer weather in Europe and worsening consumer sentiment there and in the US.

Heineken is the market leader in Greece and Italy and number two in Ireland, Portugal and Spain – all countries either already bailed out or seen by many in the financial markets as in line for rescue.

The company said this would affect second-half volumes and profit and it now expected full-year net profit to be broadly in line with last year.

Analysts had said they believed Heineken would forecast net profit growth of a mid single-digit to a low double-digit percentage.

In the first half, the comparable net profit figure rose 5.7%, excluding new consolidations and currency effects, to €694 million.

The company reported first half operating profit of €1.26 billion, up 3.9%, compared with analysts’ consensus forecast of €1.32bn.

Heineken had said in April it expected higher planned marketing spending to hit profit after the first quarter, particularly across Europe.

Sharply higher prices for raw materials will probably have a larger impact on brewing costs next year.

Heineken was the last of the big four brewers to report on the period to the end of June.

SABMiller, now seeking to buy Australia’s Foster’s for $10bn, was buoyed by the emerging markets of Africa, Asia and Latin America.

World number one Anheuser-Busch InBev warned investors of challenges in the US, where it has about half of the market.