Before the smoking ban in Britain there were three main reasons to frequent Quaglino’s: the bar, the buzz and a chance to pocket one of Terence Conran’s Q-shaped ashtrays. 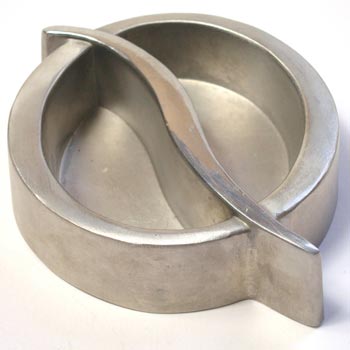 Now the cavernous Piccadilly hideaway is smoke free (one wonders what they did with all the iconic ashtrays), the other two powerful draws remain – there’s still a glamorous party-like atmosphere and the bar must be one of London’s most comfortable places to have a cocktail.

But what of the food? This, like an end of term report for a bright but easily bored teenager has flickers of excellence set against an overriding sense that the results could be better.

A starter of steak tartare prepared with Dijon whole grain mustard, shallots and just enough Tabasco to give a final kick showed flair, while a plate of smoked salmon with a somewhat mean dollop of creamed horseradish would have just been bland but for an unpleasant fishy finish.

The trend continued into a second course where a perfectly prepared côte de veau with soothingly creamy mashed potato proved a peak of the evening, although a rump of lamb was sadly a little overcooked.

It is important to add that all these dishes appeared on the menu in red ink, indicating that they were the chef’s specialities, and hence there should have been less variation in quality.

However, the surroundings do explain the high cost of eating at Quaglino’s, not just because of its SW1 postcode, but magnificent interior.

The dining area – a former ballroom – is entered by a sweeping, if slightly perilous staircase, while the space is split lengthways by banquettes, which on the night we visited were topped with globe-shaped ornamental onion flowers poking towards the glass skylight like a dramatic line of giant lollipops.

Then there was a further gastronomic touch, a tomato salad, which, although not normally a dish engendering excitement, was the only side order marked in red on the menu, inviting experimentation. 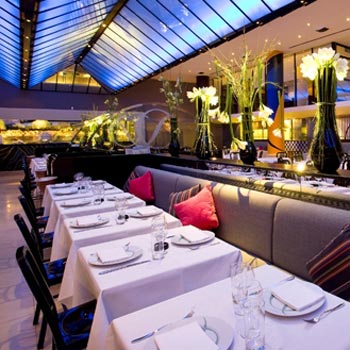 The bright ink was justified: this was certainly the restaurant’s prettiest culinary performance, complete with yellow and red perfectly shaped tomatoes of contrasting sizes spread out on an elongated dish.

In terms of taste too it appealed, combining the sweetness of ripe tomato and aged balsamic vinegar with fresh basil and a slight acid bite from lightly pickled onions.

Quaglino’s is undoubtedly a place to slide into when one needs to hide from the noise of Piccadilly, and the bar is one of the capital’s most appealing corners for a glass of Champagne or freshly and expertly prepared cocktail – the apple and cinnamon Martini is particularly refreshing.

However, when it comes to the food, while certain dishes are easy to recommend, and ingredients excellent, the variation in execution leaves one slightly unsettled, especially when the inconsistency comes among the chef’s specialities.

Perhaps one should seek pleasure primarily from the luxurious and relaxed feel, and first rate drinks, not just in the bar, but on the wine list too, where guidance comes from the attentive, youthful and characterful head sommelier Alexis Meszoly, who had inventively put together a wine selection for July’s diners inspired by stages of Le Tour de France.

Either that, or stick to the steak tartare, côte de veau, tomato salad and yet to be mentioned puddings, which include an excellent crème brûlée, sensibly paired with sweet Jurançon.